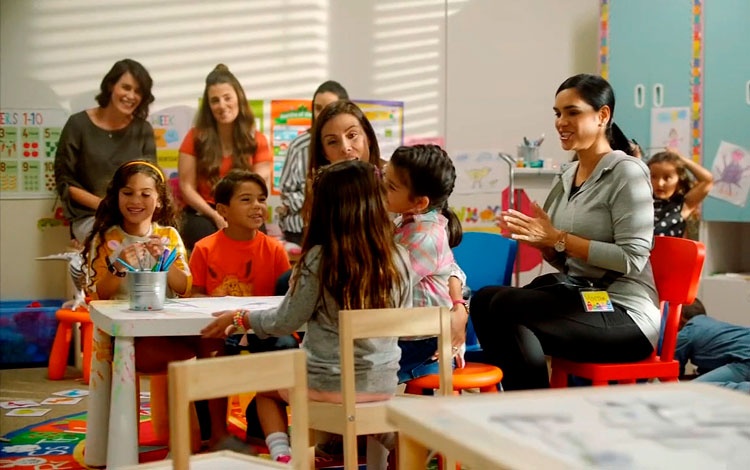 Univision Communications Inc., with the support of Literacy Partners, Too Small to Fail, the early childhood initiative of The Clinton Foundation, and Vroom, an initiative from the Bezos Family Foundation is renewing its La Fuerza De Creer miniseries with the premiere of five original episodes.

The show will air Monday through Friday, starting January 7 at 2pm ET/PT (1pm CT) on Univision.

This miniseries aims to entertain with its dramatic storylines while also providing important messages to parents, grandparents, and all caregivers about early childhood development.

The series follows four families who visit Centro Comunitario Los Lagos, a community center on the verge of demolition in a working-class neighborhood. As the Los Lagos staff fight for the Center’s survival, parents continue to bring their children to the Center, where in addition to childcare, they receive advice on a range of early childhood development topics, including ways to boost early brain and language development; the benefits of bilingualism; the importance of fathers, grandparents and other caregivers; and, healthy social-emotional development, among other topics.