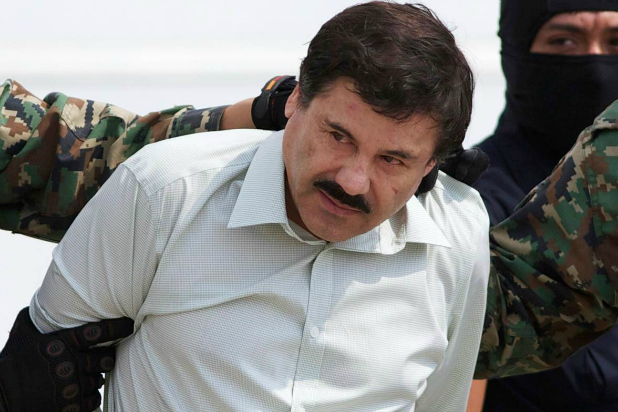 The unauthorized show, “Joaquin ‘El Chapo’ Guzmán: El Varón de la Droga” (“Joaquin ‘El Chapo’ Guzmán: The Drug Baron”), will premiere next fall. It is based on the life of one of the world’s most powerful drug dealers, Joaquin “El Chapo” Guzmán, who was captured for the third time this past Friday, Jan. 8, in Los Mochis, Sinaloa — nearly six months after his escape from a maximum-security prison in Mexico.

El Chapo has been an especially popular figure in Hollywood lately, as actor Penn secretly interviewed the cartel leader for a recently published Rolling Stone piece. Guzman was a fugitive at the time, and speculation has surfaced as to whether or not Penn’s meetings led to the re-arrest of the convicted drug dealer, whether on purpose or accidentally.

Written by Andrés López López, an author and former lieutenant to some of the most powerful cartel bosses — who has written “El Cartel de los Sapos” and “El Señor de los Cielos” — the “Joaquin “El Chapo” Guzmán: El Varón de la Droga” series aims to bring audiences an extraordinarily authentic view of the inner workings and politics of the drug trafficking subculture, the network says.

“The Chapo Guzmán story has been one of the most captivating stories this past year and we are thrilled to bring an inside look into his world to our audiences,” said Alberto Ciurana, president of programming and content for Univision Communications Inc. “Our team has been working hard the past several months to develop a story that takes our audiences deep inside the dark and fascinating world of one of the most feared outlaws of all time.”

In addition to including the developments of El Chapo’s most recent escape and capture, this unauthorized look at his life will delve deep into the man beyond his drug empire, UniMás promises.