Produ: The 16th Annual Latin Grammy Awards was followed by an average audience of 4.0 million Total Viewers 2+ on Univision 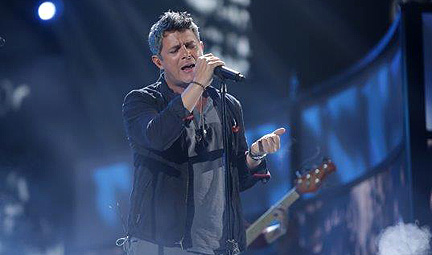 The 16th Annual Latin Grammy Awards was tuned in by 8.1 million Total Viewers 2+ who watched all or part of the three-hour broadcast on the Univision Network last Thursday November 19th, according to Nielsen.

On a competitive night with original programming, last night’s telecast delivered an average audience of 4.0 million Total Viewers 2+, 2.2 million Adults 18-49 and 1.1 million Adults 18-34, positioning Univision as the No. 2 broadcast network among Adults 18-34, ahead of CBS, NBC, and FOX. Univision also ranked as the No. 3 broadcast network for the entire night among Adults 18-49, outperforming NBC and FOX.

Based on Twitter unique audience, the Latin Grammy Awards was the No. 1 most social program on TV on Thursday November 19, generating a higher unique audience on Twitter than How to Get Away With Murder (ABC), Scandal (ABC) and Grey’s Anatomy (ABC).