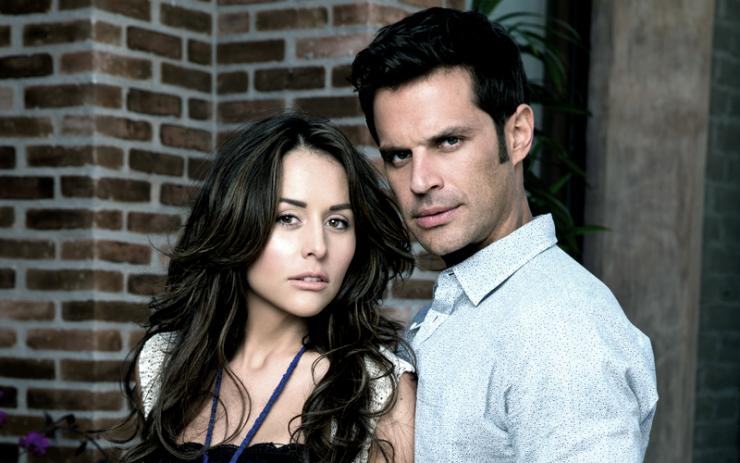 ‘Que Te Perdone Dios’ is coming to a close and we have the reasons for you not to miss the last episode on Univision! Televisa

We are extremely sad that “Que Te Perdone Dios” is coming to an end on Univision tonight. The telenovela that starred Zuria Vega, Mark Tacher, Rebecca Jones and Sergio Goyri is ending after many tragedies our main characters had to suffer. The story followed Renata (Jones), a woman that was forced to give up her newborn baby by her father because word-of-mouth would ruin her reputation. She is then forced to marry Fausto (Goyri), who only gets close to her because she is loaded with money and can save him from bankruptcy. Years go by, Renata’s daughter grows up and is raised by the evil Macaria (Sabine Moussier). Abigail (Vega) always wonders why her mother doesn’t love her and her godmother Renata has all the attentions for her. Abigail then falls in love with Mateo (Tacher), but their relationship can’t seem to be because there’s always something separating them.

During this final week of “Que Te Perdone Dios” many things were revealed. Renata went into a coma after getting shot in the chest by Diana (Altair Jarabo), saving Abigail’s life. Fausto then takes Diana’s eyes out (literally) and she jumps off a cliff because she can’t live like that anymore. Abigail finds out that Renata is her mother and although she previously said she couldn’t forgive a lie like that, she reconsiders and says she would forgive Renata because she’s always been there for her. Diego (Ferdinando Valencia) finds out Fausto is his father, when he gets a gun to shoot him, he accidently shoots Mateos’ mother. The latter takes the blame for it and ends up in jail for his brother. Everything is so twisted, but we love it. You won’t want to miss the last episode airing tonight at 10pm ET/PT on Univision.

These are the 10 Reasons To Watch Tonight:

1. Macaria’s Finale: She was basically the one that destroyed Renata’s life. If it wasn’t for her, she would’ve lived happily with her man and daughter. She was always worried about money and didn’t care for anybody but Fausto. “Dianaconda” got her eyes popped… we wonder how Macaria will end up.

2. Can Ximena Get Away?: Ximena had been playing the double life with her twin sister Daniela. This week we saw how she tricked Macaria into thinking, Daniela was Ximena and ended up killing her. Ximena cannot get away with murder and we hope she ends up in jail.

3. Will Diego Find Love? Diego deserves a woman to love him. He was always in love with Abigail, but she never gave him the time of day. She was only semi-interested in him when she thought Mateo was her cousin, but that was quickly resolved and she forgot about Diego. The guy has suffered so much that he deserves a happy ending.

4. Simona For President: Simona was wrongly accused of killng Mia Montero and lost her job as the president of the town. She deserves to get back in politics and rule with dignity and transparency.

5. Don’t Kill Max: Max has grown up so much. He started as an entitled brat in the beginning, but found true love with Teodora. Please don’t kill him off as it shows that he has grown.

6. Toño De Father?: We don’t know about Toño becoming a priest. Let’s hope that once he serves his time for killing Lucio, he will have thought out that he should end up with Efigenia.

7. Benito and “Las Quedadas”: Can Benito, Eduviges and Efigenia please find some love? This trio has suffered from not having a significant other that they need someone. We hope it comes true.

8. Fausto Must Die: This man has been a terror, he has ruined many lives and has had a hand in killing so many more. Jail will not be enough justice, he must die.

9. Renata and Patricio: Renata has lived a life of hell next to Fausto. She finally found love with Patricio and told her daughter Abigal the whole truth. Let’s hope she can finally live happily ever after.

10. Abigal and Mateo Forver: We always rooted for these two to stay together. They have no obstacles now. We want to see a grand wedding and with lots of kids.