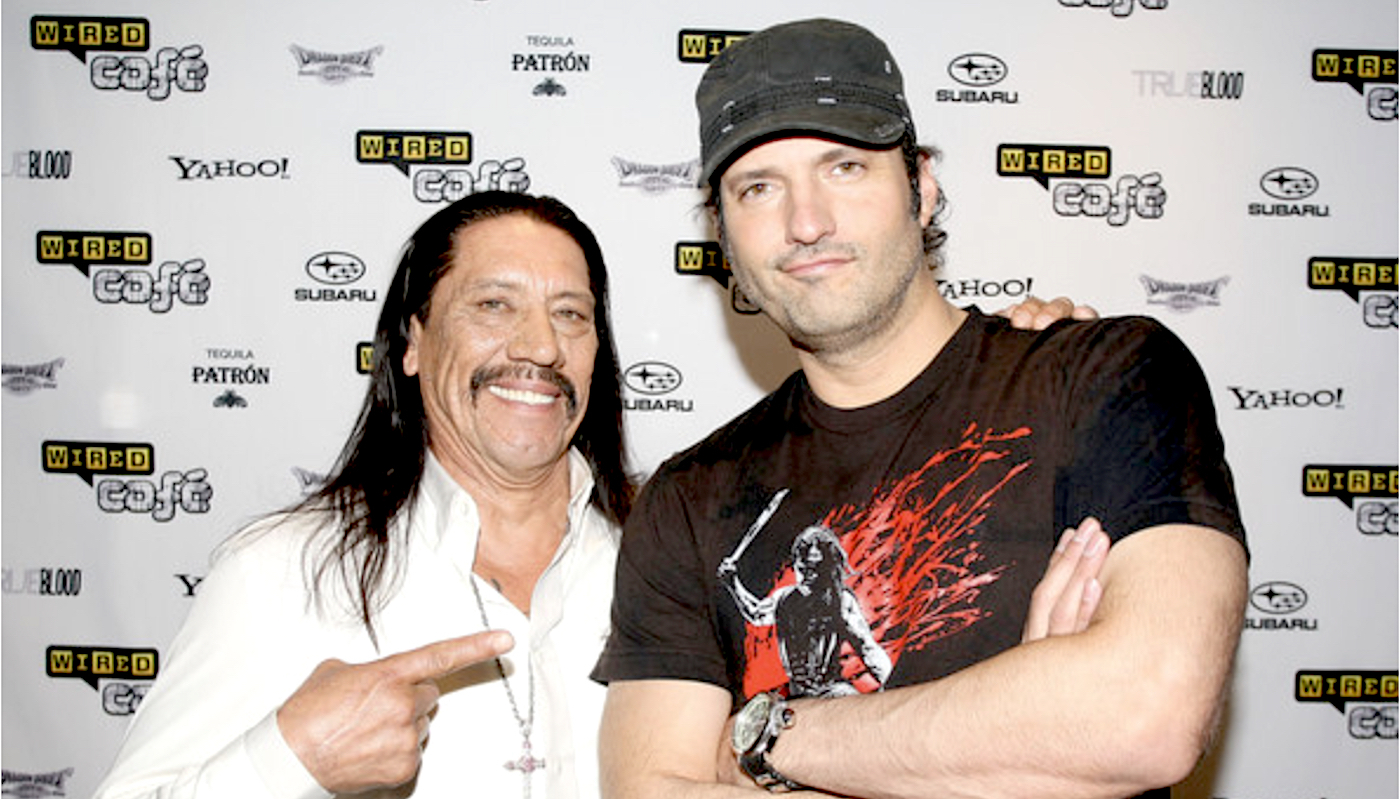 What we see on TV and in the movies is seldom an accurate depiction of real life — but over time, it’s easy for us to assume, once we’ve seen it enough times, that a given trope is accurate and realistic. Watching the victories of actors who aren’t trained in martial arts, or wield their guns and swords with improper form, naturally makes us feel like we could just pick up a weapon and kick some butt — even if we know intellectually that we’d probably just end up maiming ourselves before the fight even started.

But the violent delights of television and film aren’t meant as training videos: They’re meant to evoke feelings and conversation. We don’t watch Jack Bauer go to the bathroom on “24” and we don’t need to see every step in gun maintenance to understand the story — in fact, that would be a drawback, in the moment. But if you love TV and film, you’re also going to be interested in how it’s made: Not just how those props and sequences are created, but what the “real world” equivalent is like.

Which is where we meet up with our old friend Danny Trejo, and his longtime collaborator, the iconic action filmmaker Robert Rodriguez: If anybody could be expected to lead us on a tour of pop-culture violence, weaponry and practical magic, it’s these two. They have been bringing out fantasies to life for decades, and it’s obvious they keep at it because they love this stuff as much as we do — an explanation from them is like getting a magician’s explanation of the modern art of action… And from overjoyed, ebullient, master magicians at that.

You can’t hear either name without instantly envisioning the stellar weapon sequences in “From Dusk ‘Til Dawn, “Machete,” “Grindhouse” and even the youth-friendly “Spy Kids” films. And now, the “Rebel without a Crew” author and the man who’s infamous for his villainous roles are teaming up with guys from the hit digital series, “Man at Arms,” recreating it on Rodriguez’s El Rey Network. The eight-part mini is hosted by Trejo, and features a team of experts that will showcase how those iconic weapons are both created and correctly used.

We visited the set of “Man at Arms” while they were filming the series’ action sequences in Los Angeles, and got to speak with the always charming, 49-year-old American producer, writer, director, composer and film encyclopedia known as Robert Rodriguez at length.

We love a good bromance, and so our first question was about how and when he first met Trejo.

Robert Rodriguez: I was making a movie called “Desperado,” and I had a character who was a knife-throwing guy, and I didn’t want him to talk. Just an assassin, with these little knives that I designed to be like crucifixes with blades, and he would silently kill people. I needed someone spooky and menacing because he wouldn’t have any words — which is my favorite kind of acting. It was a tall order.

I remember seeing [Trejo’s] picture, and it was picture from a prison show. He hadn’t done that many movies yet. But he walked in, and he had that face and that demeanor. He didn’t talk, because he had no lines — but he sat down, and I handed him one of my knives and I just said, “You got the part.” This was back in 1994.

It wasn’t until later, when we were on set, that I got to know him. He was like “Hey, give me some lines, Coach!” and I was like, “NO!” Because by then I knew what such a nice guy he was. If he opened his mouth, he’d blow what I was trying to do! That whole mystique. He looks really menacing, but he’s a puppy dog. He’s got such a natural magnetism.

I was like, “You’re going to be in an action film” — I had the idea for “Machete” before “Desperado” — and I put him in movie after movie after movie until finally, he was big enough star to have Robert DeNiro be his co-star!”

The inspiration for “Man at Arms” actually came from Rodgriguez’s son, Rebel.

I love weapons in movies. In “Desperado,” he’s got a suitcase full of them — but while working on “Kill Bill 2,” I did the music for it… I really dug the art of making a Hanzo blade, legendary blade, and you wonder — what magic is that: Forging.

I remember showing it to my boys — it was about the only scene I could show them, because they were so young — and Rebel really sparked to it. And now years later, he’s forging weapons, studying Japanese warfare, wants to learn how to make knives… He’s got a real passion and drive for it.

And then I heard about this internet show, “Man at Arms,” and when I asked if he’d heard about it, he was like “Yeah! It’s a great show!” And then I wanted to bring it to El Rey, like: “If you’re into, I’m into it.”

It really fits into the El Rey Network. This show embodies honoring traditions, showing not only the historical context [of weaponry], but how it fits into modern pop culture. It really makes you appreciate the art. Even something as basic as a Japanese-style kitchen knife takes a tremendous amount of work, passion, brute strength and patience.

Ilya Alekzeyev and Matt Stagmer, of the original YouTube series, are helping Rodriguez craft the revamp for El Rey — and they impressed on us the amount of time and skill that goes into recreating these weapons on the show:

Matt Stagmer: When you are working with items that are part of a specific tradition, there’s no cutting corners. And since we’re doing testing, it has to be exactly right — not only [to respect] that culture, but… To perform as it would have.

Ilya Alekzeyev: Consequently, there’s danger in the testing. The modern person has a skewed sense of expectations, of how weapons perform. The materials’ historical source would appear sub-par to us as people living in the 21st century. We, as craftsmen, know how it was made — and that’s how we make it — but it doesn’t mean that the particular weapon will perform well. Many swords in history failed because of the old-school material; there were errors in the forging that experienced smiths didn’t notice.

The goal of this TV series is not just to entertain, of course — and after seeing some of the weapons testing done live, we can assure viewers it’s very educational. In fact, few shows and movies pass the litmus test of how weapons are supposed to be used.

Alekzeyev: I can’t say any of them pass! I understand that the job of a person making the movie is making a work of art that captures the imagination, so they use flashy swordfighting… Like the handgun fighting in “Equilibrium” — they’re are creating a sense of atmosphere and wonder. So I don’t even look at like Oh, is this plausible? Of course it’s not! It’s fantasy.”

“I look at Japanese swords the way someone looks at a great painting. The brush strokes already present. The form, everything,” says Alekzeyev — and nd they’re not cheap! “If you order a sword from Japan form a modern maker, it varies between $4,000-8,000. And very often, you don’t get the handle or grip. It’s just the blade. Everything else is exchangeable…”

But “Man at Arms” isn’t solely looking to kill the movie mystique — quite the opposite, of course: “What’s cool about this show,” Rodriguez says, “Is that it attacks these myths in movies… Like, you can’t carry a katana on your back. It looks cool cinematically, but it really is supposed to be on your side. So it chews up a lot of things we’ve gotten used to seeing in the movies. It’s entertainment, but it’s education, and teaches you to appreciate the craftsmanship.”

Which goes for the story you’re watching, we think, as much as the individual props. As spoiler-phobic as we can sometimes be, here at Screener — and how little we enjoy nitpicking for its own sake — we also love knowing how things are made, and learning more about their real-world equivalents, for exactly that reason: Knowing how well a story has been crafted, peeking behind the curtain at all the working gears and levers, provides just another way to love them, in the end. And with tour guides this knowledgeable and delightful, it’s easy to love the lesson for its own sake.