Media Life Magazine: Univision Back on top Among Viewers 18-49 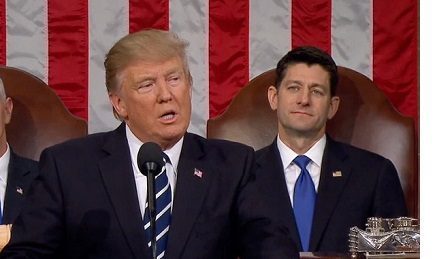 Trump address was the top program on Spanish-language TV.

Telemundo has become a viable challenger on Spanish-language among viewers 18-49. Yet it’s longtime leader Univision that’s back on top in the demo.

Season-to-date the network has averaged a 0.7 rating among 18-49s, according to Nielsen, just ahead of Telemundo’s 0.6. Telemundo used a hot start to lead the demo for most of the season, but has lost a bit of steam against Univision’s steady primetime lineup so far in 2017.

The networks were tied in the demo as of last month, and Univision regained the lead last week.

In terms of actual viewers in the demo, the race is ultra-tight. Univision has averaged 850,000 18-49s to Telemundo’s 830,000. Those numbers could fluctuate based on viewers’ reaction to the networks’ spring programming.

Donald Trump’s address to Congress on the network led the week on Spanish-language TV. Its telecast averaged 3.28 million total Hispanic viewers. That was nearly 1 million more than the week’s No. 2 show, an episode of the network’s novela “El Color de la Pasion.”