Journalism.co.uk: ProPublica is Collaborating with Newsrooms to Create a National Database for Hate Crimes and Bias Incidents in the U.S. 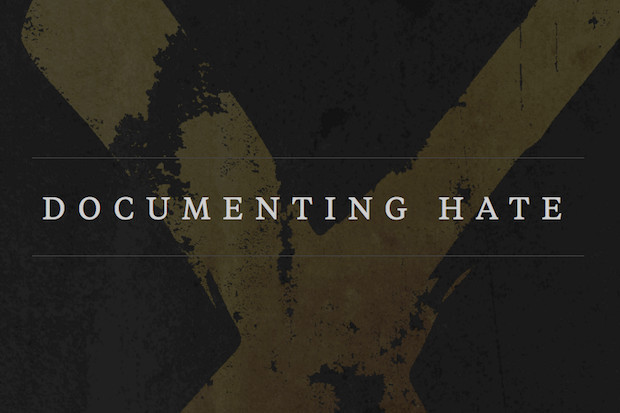 The non-profit organisation is working with news outlets, journalism schools and civil-rights groups to help reporters cover these issues at the local level

ProPublica is partnering with organisations across the United States to verify and compile reports of hate crimes and bias incidents into a national database that will enable local journalists and civil-rights groups to report on and better understand the scale at which these issues take place.

Documenting Hate was officially announced earlier this week and is modelled after the Electionland collaboration ProPublica spearheaded last year to cover voting issues and irregularities on Election Day.

Documenting Hate launch partners include some of the organisations who worked on Electionland, such as Univision, WNYC, First Draft, Google News Lab and Meedan, as well as CUNY Graduate School of Journalism and the Journalism School at Columbia University. A number of other outlets, academic institutions and civil-rights groups have also come on board.

Throughout the year, these organisations will be collating, verifying and presenting data from social media and existing databases. Witnesses and victims of hate crimes and bias incidents are also invited to tell their stories using a form on the website.

The project’s starting point was an article ProPublica published a week after the US election, explaining how the number of hate crimes in the country had gone up, especially after the vote, but the government’s way of tracking them was not comprehensive enough.

“Immediately after the election, people were noticing just anecdotally, an increase in the number of bias incidents and hate crimes that were being reported online and offline,” Scott Klein, deputy managing editor at ProPublica, told Journalism.co.uk.

“So we started doing some reporting on this and it turned out that the best we could understand about these bias incidents and hate crimes and whether they were going up or down was all fairly anecdotal.”

Klein explained some civil-rights groups, such as the Southern Poverty Law Center and The Anti-Defamation League (both partners on Documenting Hate) had collected some anecdotal evidence that suggested these incidents were happening more often, but there was “no data locked up by state and city in a law enforcement database, if even there”.

“There have been some really terrific local efforts to take a picture of this, but we felt in order for us as a nation to tackle this question and ask good questions about bias incidents and hate crimes, we needed a lot more data to support any kind of good decision-making, so that is what we set out to do.”

Journalism students will help authenticate people’s contributions on the website and those coming in through social media, in the same way they did with Electionland, ultimately empowering local reporters to use the database to cover hate crimes in their communities.

Reporters can express their interest by filling out a form on the website, and as soon as enough data becomes available, they will receive access to the database, as well as reporting materials and invitations to regular calls with the other partners.

“If we can provide [local reporters] with a little bit of data, three or four really good examples, stories of witnesses and victims they haven’t heard before, they can do an impactful and powerful story about hate crimes and bias incidents in any city in the country, that are far more powerful than any national news organisation of any size ever could.

“We’ve got expertise in data journalism, social media newsgathering and large collaborations (…) and if we can create datasets that help generate the kind of journalism that has an impact, that is very much a fulfilment of our mission.”

Some of the partners, such as Univision, Latino USA, The Root and New America Media, have especially strong audiences among groups of people that are relevant to the project, he added, but there is no requirement to become a partner on Documenting Hate and ProPublica is encouraging other journalists and civil-rights organisations to join.

The communication will take place mostly on Slack, but working with a longer time frame compared to Electionland will give partners the chance to develop a minimum viable product and re-iterate on the forms, database and presentation.

“With Electionland, we were building up to one day, which was scary because what if we didn’t get it right or we made some bad assumptions or the code we wrote broke?

“There was only one chance to get it right and no real way to practice, but [Documenting Hate] is going to be much more unfolding. We see it as something that will evolve as we move forward, understand more about our data and gather partners.”

The initiative is scheduled to run at least until the end of the year, and certain lessons ProPublica took away from collaborating on Electionland will help shape the project.

For example, the organisation will have a dedicated partner manager this time, whose responsibility will be to communicate regularly with the partners and local reporters through emails and calls, as well as provide them with materials for reporting on and determining what constitutes a hate crime and what doesn’t.

The partner manager will also be in charge of keeping a record of the reporting produced with Documenting Hate data, as the lack of a central repository for Electionland coverage meant the team “scrambled a little bit” to find all the stories that had been published after the project concluded.