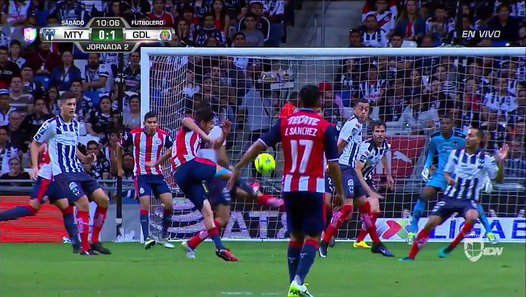 The Monterrey-Chivas game had more viewers than the TNT presentation of the Bulls-Knicks NBA game on Thursday night (1.4 million viewers).

The game ended in a 2-2 draw between Monterrey and Chivas.