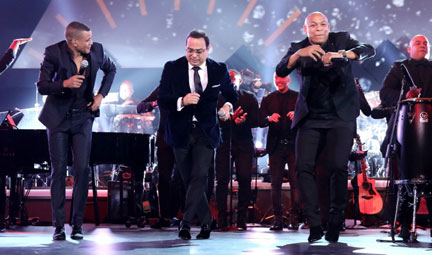 The biggest stars in Latin music gathered last night at the T-Mobile Arena in Las Vegas for the 17th Annual Latin GRAMMY Awards, while 9.0 million Total Viewers 2+ tuned in to all or part of the three-hour live broadcast on the Univision Network.

On a competitive night with original programming, Thursday night’s telecast delivered an average audience of 3.2 million Total Viewers 2+, 1.6 million Adults 18-49 and 718,000 Adults 18-34, positioning Univision as the No. 3 broadcast network, ahead of CBS, FOX, and CW for the entire night with the young 18-34 viewers.

The 2016 Latin GRAMMY Awards on Univision attracted more Hispanic viewers among Adults 18-49, Adults 18-34 and Total Viewers 2+ than the combined audience of the latest editions of the Billboard Music Awards and Country Music Awards.