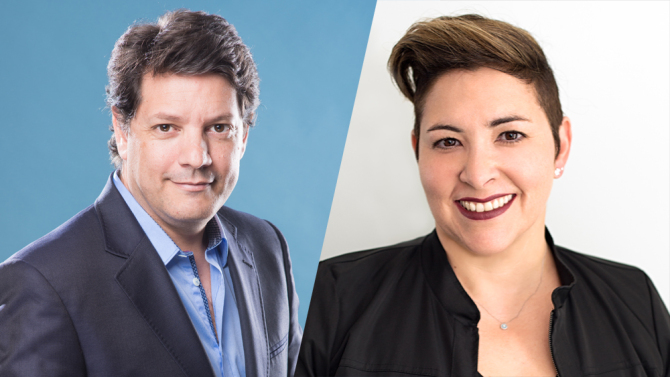 Underscoring a new direction for its multiplatform programming goals, Hispanic media giant Univision Communications has tapped two outside executives to take over the responsibilities of Alberto Ciurana, who left his position as president of entertainment and content in January.

Lourdes Diaz, previously Comedy Central’s VP of global production and development, will assume the role of Univision president of entertainment, with a purview covering content and strategic acquisitions.

UCI had restructured its entertainment division in February, not long after Ciurana left, into two departments: program scheduling and entertainment. UCI has been acquiring a string of properties in recent months in a bid to bolster its appeal to bilingual millennials. The most recent acquisition was Gawker Media, the embattled online firm that battled lawsuits and bankruptcy filings this year.

Univision also bought out Disney’s stake in the English-language youth-targeted Fusion network and expanded its investments in humor site The Onion and African-American targeted site, The Root.

The shuffle at Univision’s entertainment division comes as it preps for a long-gestating IPO.

“With over 20 years of experience, Lourdes has a proven track record of curating fresh and exciting new programming that attracts diverse audiences,” said Lee in a statement. “At the same time, Adrian’s extensive experience in development, direction and production will be extremely valuable as we look to further strengthen our in-house production capabilities and develop new multi-genre content and original productions through Univision Studios.”

While at Comedy Central, Diaz was responsible for all scripted and non-scripted productions and was the executive producer of multiple international scripted series, including “Live with Models,” “Brotherhood,” “Medics” and “Wasteman.” Prior to Comedy Central, Diaz served as the network and studio executive of series for NBC and Universal Media Studios.

“I’m committed to bolstering UCI’s position as an innovator in entertainment and to further building upon the extensive suite of Univision’s multicultural offerings.” said Diaz.

Said Santucho: “I am looking forward to leveraging my past experiences to ensure Univision continues to deliver the best variety of telenovelas, reality shows, dramatic series and entertainment specials across all of its platforms.” The exec supervised the production of several series that were popular with Hispanic audiences, including “La Banda,” “Si Se Puede,” “100 Latinos Dijeron” and “Mexico Tiene Talento,” during his time at Fremantle.