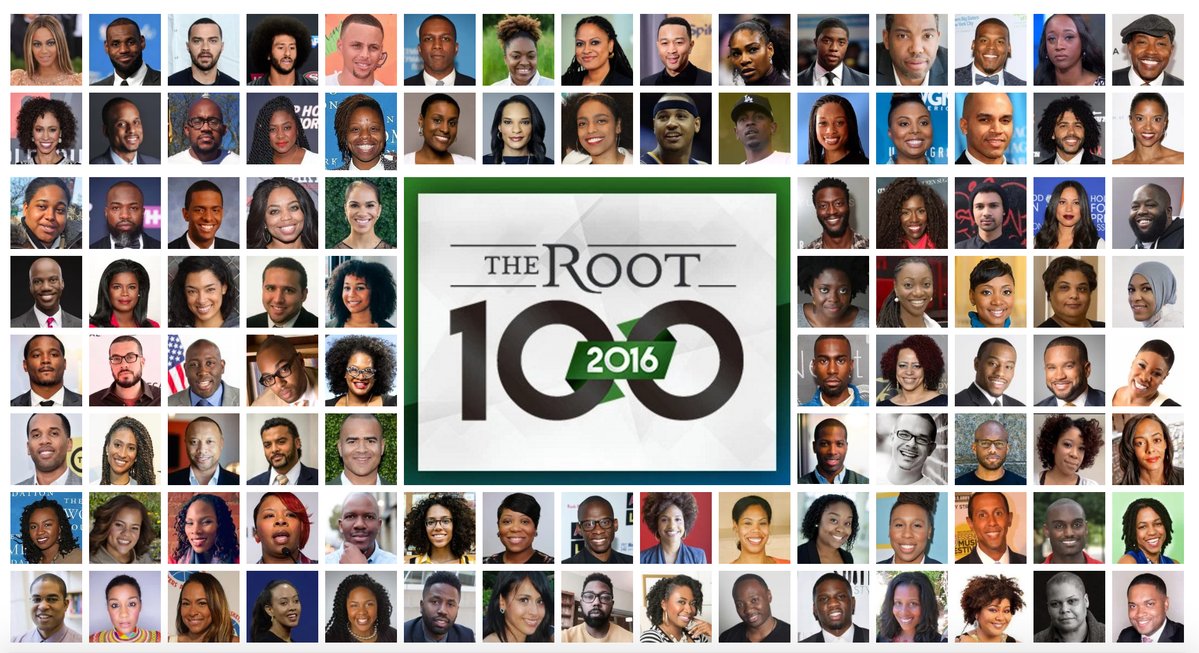 While Queen B is the queen bee of The Root 100, the publication’s annual list of black influencers between the ages of 25 to 45 includes media world names like The Atlantic’s Ta-Nehisi Coates (No. 12), CNN senior political reporter Nia-Malika Henderson(No. 22) and Washington Post national reporter Wesley Lowery (No. 39). Luke Lawal Jr., founder of HBCU Buzz, a news site covering America’s historically black colleges and universities, also makes it in at No. 96.

The list, its 8th annual, honors the people in “entertainment, sports, media, science, politics, social justice and technology” fields who, according to The Root staff, “have defined the black experience in America.”

The rankings combine social and substance metrics, which allow The Root to “give some shine to those people who don’t live in the limelight,” in addition to household-name celebrities.

And with 2016 elections exerting its own undeniable influence on everything, the list includes politicos like LaDavia Drane, the Hillary Clinton campaign’s deputy director of congressional affairs and Symone Sanders, who was press secretary for the Bernie Sanders campaign.