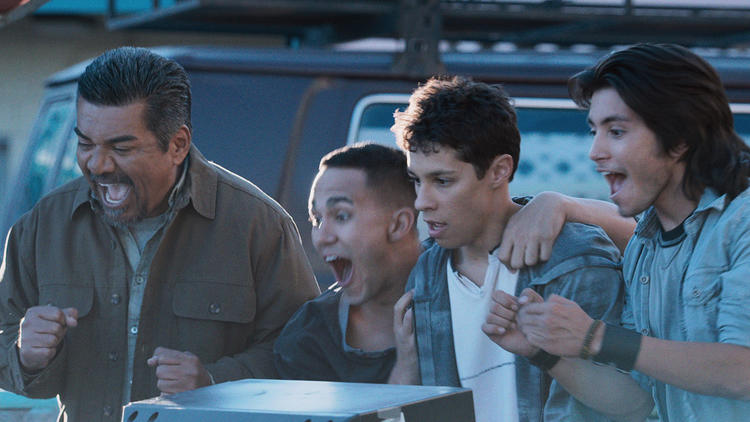 The new offering by Lionsgate and Univision will feature Pantelion Films releases,
such as 2015’s “Spare Parts,” above. (Pantelion Films)

Film studio Lionsgate is extending its reach into the video streaming market by teaming with Univision Communications to launch a Spanish-language subscription movie service.

The new offering, which is expected to launch early next year, is a recognition that Latinos are among the most prolific moviegoers in the U.S., and that there probably is an opening in the video streaming market for products that target such an increasingly important audience.

The new service will be designed as a digital showcase of Spanish-language comedies, dramas, family and horror films. The partners declined Monday to disclose the name of the planned offering, which has been in development for more than a year, or the price that the service will be offered to consumers.

But it will feature some of Lionsgate’s titles, either dubbed in Spanish or containing subtitles. The independent Santa Monica studio has produced such juggernauts as “The Hunger Games” film franchise and “Orange Is the New Black” for Netflix.