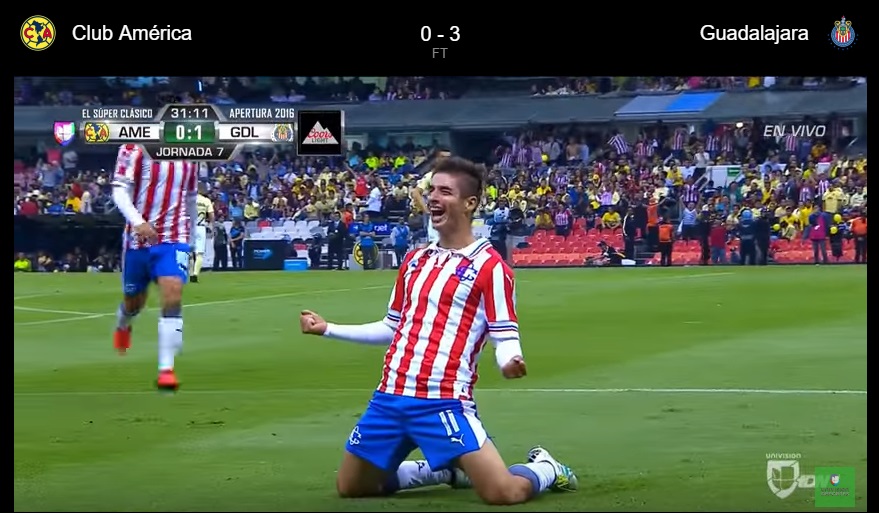 There’s nothing like a good-old-fashioned sports rivalry to provide a TV ratings boost. That was the case on Saturday Aug. 27 for Univision, which aired the Liga MX Súper Clásico between América and Chivas. The match between the Mexican club rivals averaged 1.88 million total Hispanic viewers, according to Nielsen, No. 12 for the week on Spanish-language broadcast.

In fact, that was more than double the week’s No. 2 program, an episode of “La Rosa de Guadalupe” on Galavision. The Saturday night episode averaged 192,000 Latino households.

Univision wins in viewers, ties in 18-49s
Back on broadcast, the soccer match helped Univision average 1.63 million total viewers in primetime for the week, good for No. 1. Telemundo was a close second at 1.44 million, nearly a million more than third-place UniMás’ 470,000.