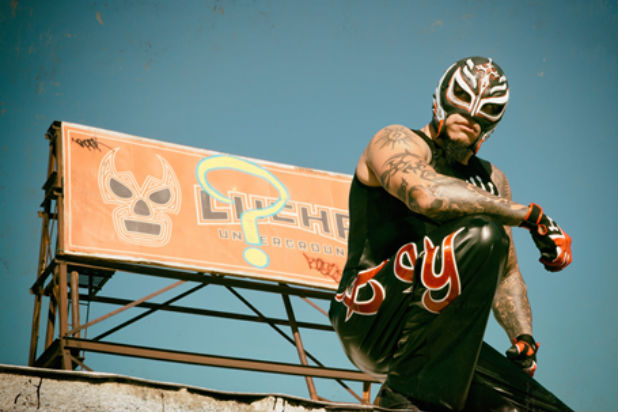 Mysterio, a former WWE World Champion and current star of El Rey’s “Lucha Underground,” will render exclusive first-look and development services to the network that will include work on scripted and unscripted shows.

Mysterio joined “Lucha Underground” during its second season and will appear in the upcoming third season premiering Sept. 7 on El Rey.

“Rey Mysterio’s incredible talent extends far beyond the ring,” El Rey Network President and General Manager Daniel Tibbets said. “He is creative and collaborative and has a keen eye for great entertainment. Rey embodies the El Rey Network brand and we are thrilled to expand our relationship with him.”

Mysterio is a 25-year ring veteran and decorated champion in multiple North American wrestling organizations. His stints in ECW, WCW and WWE are credited with helping to bring the Mexican lucha libre style of professional wrestling to the attention of American audiences.

He was trained by Mexican professional wrestler Rey Misterio Sr., who is also his uncle and was one of the top stars and promoters of the sport through the ’70s and ’80s.

A three-time world champion, Mysterio Jr. made his professional debut at the age of 14. He is also a AAA Hall of Famer and captured the Lucha Libre World Cup in May 2015, leading his Trios tag team to victory in a tournament against other three-man tag teams. Mysterio was also Lucha Underground Trios Champion in 2016.