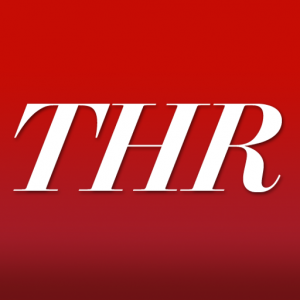 THE SPANISH-LANGUAGE MEDIA GIANT, LED BY CEO RANDY FALCO, HAS BEEN PLANNING AN IPO

Univision Communications on Thursday said it swung to a first-quarter profit. The Spanish-language media giant, which is planning an IPO, posted earnings of $65.7 million, compared with a loss of $139.7 million in the year-ago period, which was weighed down by costs associated with the termination of the company’s management agreement with its private-equity sponsors and a pact with Televisa, as well as a loss on the extinguishment of debt.

Adjusted operating income before depreciation and amortization (OIBDA), another profitability metric, rose 11.1 percent to $296.2 million. Univision, led by president and CEO Randy Falco, said quarterly revenue rose 5.7 percent to $660.4 million. Advertising revenue edged up 5.1 percent to $429.6 million, including $8.2 million for political and advocacy ads, which was down from $14.1 million in the year-ago period when advocacy ads related to the Affordable Care Act had boosted results. Subscriber fee, content licensing and other revenue on a combined basis rose 6.9 percent to $230.8 million.

“We have started 2016 with strong results,” said Falco.

The firm’s media networks unit posted an adjusted operating income before various items gain of 11.4 percent for the first quarter, with revenue up 7.3 percent. The company cited “a strong scatter market and increased pricing in our network businesses, as well as growth in our local stations and digital businesses.” Radio operating profit on that basis dropped 2.6 percent as revenue fell 8.2 percent as the radio unit continued to face challenges.

Univision also highlighted that first-quarter direct operating expenses related to programming, excluding variable program license fees, for decreased 1.9 percent to $114.1 million due to “lower acquired and produced entertainment programming costs,” which included the impact of the termination of a program license deal with Venevision, “partially offset by an increase in news and sports programming costs of $8.1 million.

Univision, whose chairman is Haim Saban, operates such assets as broadcast networks Univision Network and UniMas, formerly Telefutura, as well as cable channel Galavision and sports network Univision Deportes. It recently agreed to buy out Walt Disney from their Fusion network joint venture.

The company filed for an IPO last summer, but its plans to go public have been delayed amid Wall Street jitters related to cord-cutting, audience fragmentation and other challenges faced by the TV industry. The company’s private equity owners have been looking at ways to exit their investment. Univision has been privately held since a $12 billion buyout in 2007 by Thomas H. Lee Partners, Providence Equity Partners, Madison Dearborn Partners, TPG Capital and Saban Capital Group.