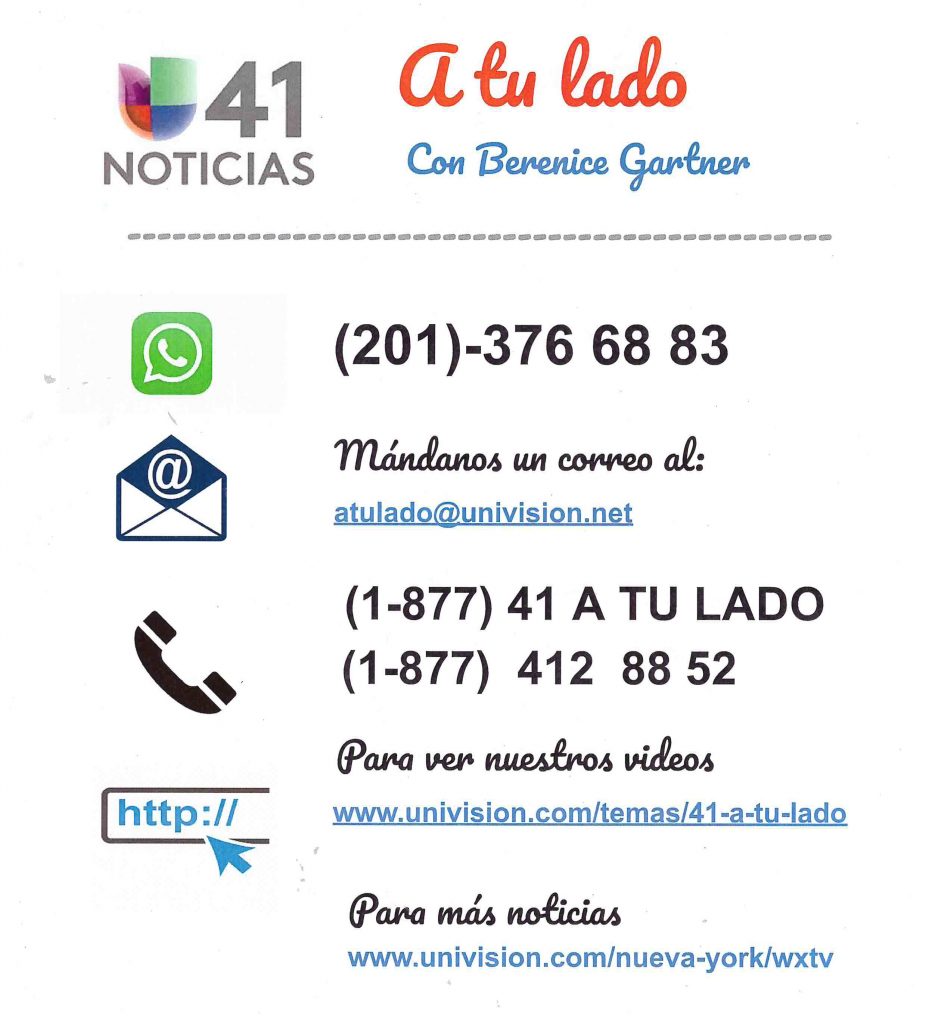 When Univision announced expanded local news apps for seven of its top markets this week, one of the platforms for “integrated social media sharing capabilities” was a channel you won’t usually see in similar English-language-station releases. It’s WhatsApp, the world’s most popular messaging app, but one that’s little-used by U.S. newsrooms.

If you want to understand Univision’s embrace of WhatsApp, just ask Esteban Creste, VP of News for Univision’s New York station, Univision 41 Nueva York (WXTV). Creste’s station has a 12-year consumer franchise called 41 A Tú Lado (41 On Your Side) that’s now using WhatsApp as a new way to connect directly with viewers. When A Tú Lado correspondent Berenice Gartner suggested establishing a WhatsApp number for her franchise, “a light bulb went off,” says Creste. “Why didn’t we think of that before?”

Gartner humbly refuses to take full credit for the idea, saying it came up when she and her cameraman were talking about new ways to reach the audience. Gartner believes the WhatsApp messenger is a powerful and valuable tool journalists like her can use to connect with their viewers. “We know all of our viewers have smartphones,” she says, “and they are on them constantly.”

In fact, Pew Research found that 74 percent of Latinos get their news via social media or smartphone app on a typical weekday. At first, the A Tú Lado team got plenty of news tips, Gartner says, but also a fair number of simple greetings: “You know, people who just want to say hello.” She sometimes responds with an emoji so they know the message was received. 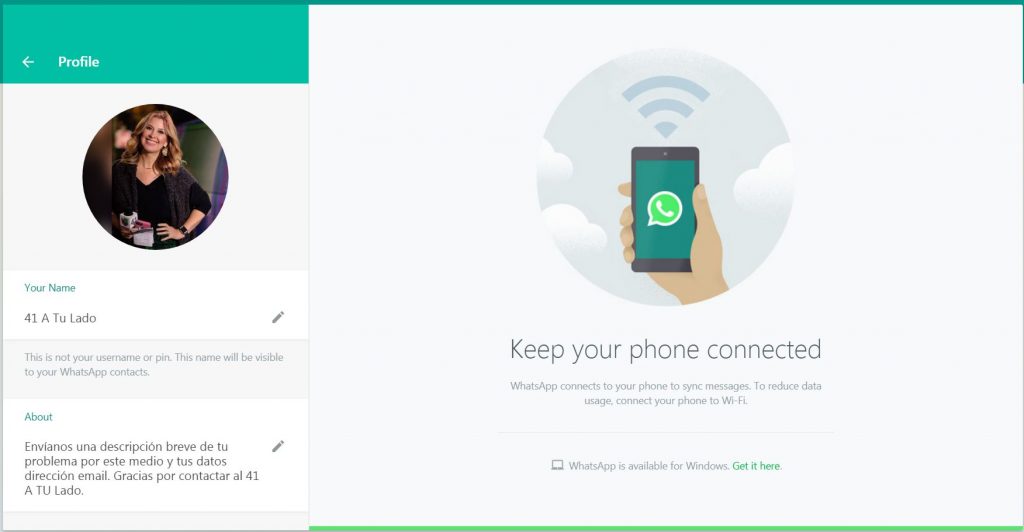 WhatsApp is a cultural phenomenon in the U.S. Spanish-speaking community. It’s particularly popular with Latinos because it offers a free way to communicate with their relatives in other countries. It’s also considered secure and private.

WhatsApp is perfectly suited to the way Creste’s viewers interact with A Tú Lado, an ambitious feature that runs three times a week, including a Friday segment in which reporter Gartner answers viewers’ questions. Univision has a unique relationship with its viewers, many of whom rely on both the national network and the local stations to be their advocates and allies rather than just purveyors of news. For that reason, the issues viewers share on WhatsApp range from “not having heat to…my husband was deported and I don’t know what to do,” says Creste. “They reach out to us when they have a consumer complaint, but also when they need help of any kind. Sometimes they call us before they call the police.”

It’s producer Sheyla Navarro’s job to wade into the steady stream of voicemails and WhatsApp questions, concerns, and tips — about 100 a day. She diverts the newsier issues to the assignment desk, converts some into fodder for A Tú Lado, and does her best to respond to the rest — questions about DACA and immigration, healthcare, education, and other pressing concerns for Univision 41’s audience. “Our goal is to educate, inform, and make sure the community understands its rights,” she says.

The station promotes the WhatsApp number on the air throughout the day, along with more traditional channels like email and a toll-free phone number. WhatsApp allows the station’s producers to respond much faster to newsworthy stories. “The success of this is really surprising. I didn’t know we’d get this many messages,” says Creste, who is now considering adding a second WhatsApp number for general news. 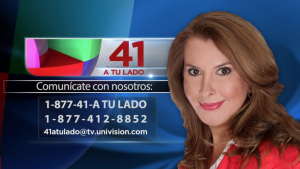 So, what are the lessons for “Anglo” newsrooms? Most obviously, in markets with large (and increasingly bilingual) Latino populations, WhatsApp may be worth exploring as an additional outreach to viewers. But for any market, Univision 41’s story illustrates the power of understanding your viewers, connecting with them on the channels they use and trust, and most of all, listening.

Creste likes to keep his ear to the ground. He encourages his journalists to walk New York’s neighborhoods and talk to people on their days off. The station collaborates with the city to organize regular phone banks to answer viewer concerns. And the A Tú Lado team tries to host meetings every month or so in the community to hear directly from viewers. 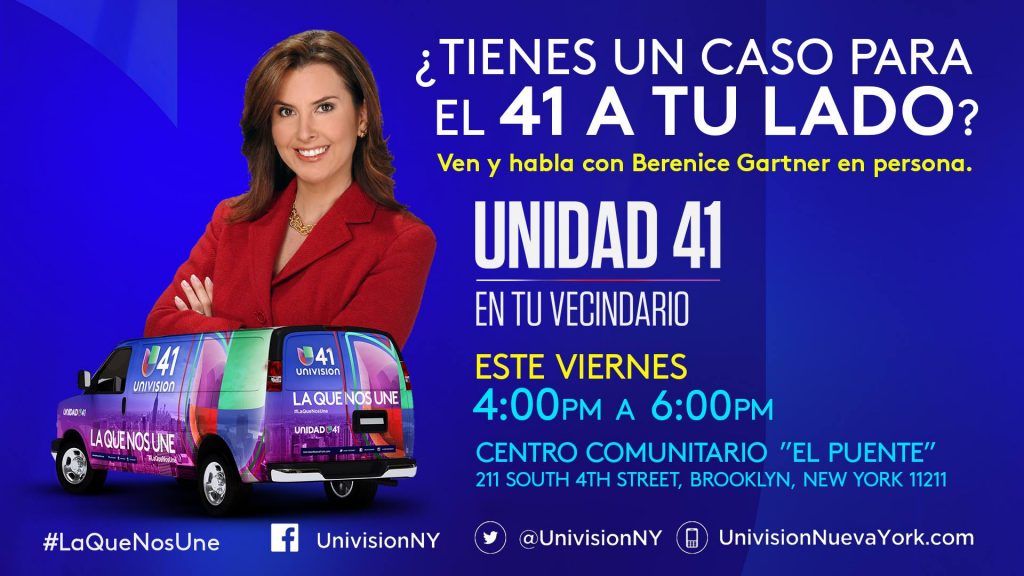 “I’m more and more interested in having unique content,” says Creste. “In order to be relevant to people’s lives, you have to create venues to have direct contact with the viewers…find what they need, and fill the void.”

Esteban Creste calls this “super-serving” his viewers. Tell us what you’re doing to super-serve yours. You can email us at cronkitenewslab@asu.edu, as we don’t have a WhatsApp number.