Media Village: Univision and Pepsi: Leading the Way to Hispanics and Business Growth 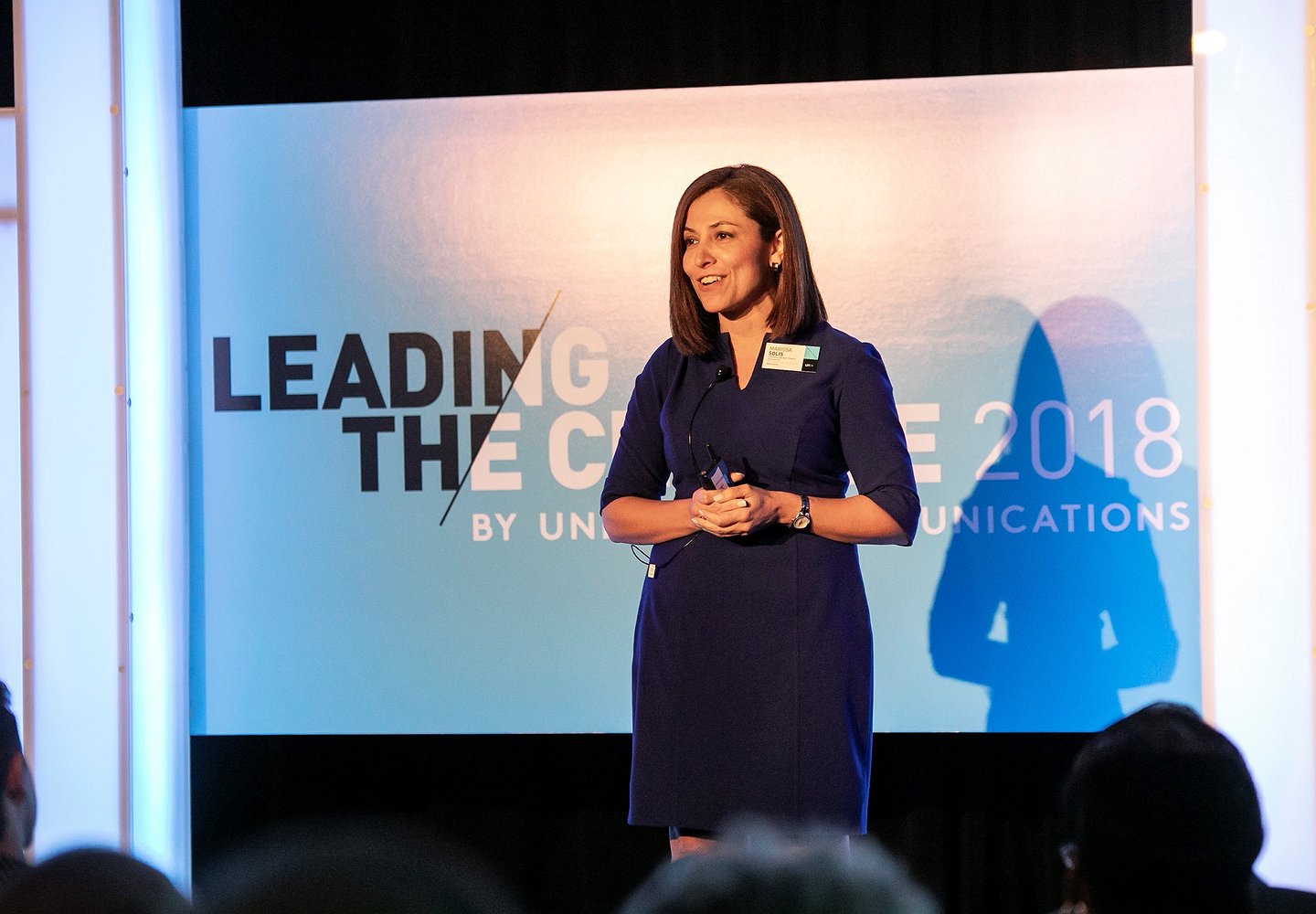 After 20 years of marketing management in both the U.S. and Latin American markets, Marissa Solis is, to aptly hijack the title of Univision’s recent conference, “Leading the Change“ at PepsiCo.  The annual thought leadership conference brings together top marketers and advertisers for a variety of case studies and research presentations to best explain and communicate the power of the U.S. Hispanic consumer.  Along with many of her fellow keynote speakers, Solis (pictured above) is emblematic of the kind of brand marketer Univision hopes to inspire more of: a practical business manager who evangelizes marketing programs specifically created for the Hispanic community.

Solis, Vice President and General Manager of the newly launched Hispanic Business Unit at PepsiCo North America Beverages, is leading marketing, innovation and business development to help achieve ambitious business goals for the Hispanic community by 2020.  This is “not a center of excellence; it’s a business unit,” she said.  “We have a commercial objective.  This team is dedicated to growing Hispanic sales, and it is a cross functional, cross-geographical team.”

In other words, it’s very much a rational approach of tapping into a qualified target audience.  “I haven’t been [working in] the Hispanic area in some time, so I bring a fresh perspective,” Solis noted.  “I’m a GM and I see the numbers that will help grow the business, and I’m a marketer, so I also see creating connection as key.  But the bottom line drives it all.  When I saw the business case for investing in Hispanic, that’s when I was convinced.”

Now Solis is working to influence others — both internally at PepsiCo and externally by partnering with multicultural advertising agency Alma DDB.  She shared some impressive stats with other brand marketers in the room earlier in the month.

At PepsiCo, the Hispanic consumer is becoming a key focus area.  “You just start small; then prove the investment out and then the investment grows because the belief grows,” she explained.  “Our vision is to become the most loved food and beverage company among Hispanics, and this is going to require huge change.”

With generosity and enthusiasm, Solis shared with attendees Pepsi’s four-part roadmap to growth, noting that No. 1 is to shift from marketing accountability to total business commitment from the CEO to the front line.

The remaining steps include:

An essential recognition is that that brands can’t target every Hispanic as that one cohort.  It’s no longer enough to assume language or time in country will be differentiators.  “Whether one is acculturated or bilingual doesn’t really tell you the motivations [or] the degree of cultural affinity in a household,” Solis said.  “Do these consumers tend to act on the traditions of their countries of origin?  Do they tend to act, behave, consume more of the American pop culture traditions … or are they ‘fusionistas‘ and do both at the same time?”

Alma DDB has created a model to unlock ways to differentiate how the company talks to Hispanics across their portfolio of brands, “because brand Pepsi will engage with Latinos in a completely different way than brand Gatorade or than brand Starbucks, etc.,”  Solis explained.  Based on these insights, Pepsi’s Hispanic Business Unit is initially focusing on the fusionista as they believe they best live the spirit of brand Pepsi.  “They’re 100 percent Latino, they’re 100 percent American, but they’re 200 percent unapologetic,” she added.  “They are proud of who they are.  And they’re not the ones assimilating into the culture; they’re the ones creating and pushing the culture.  That’s what brand Pepsi does, so these are the consumers that we want to go after.”

With that focus identified, the team designed a stealth move around the sport universally adored by Hispanics: fútbol.  Pepsi runs a global fútbol campaign annually and is a sponsor of the UEFA Champions League.  It also counts marquee players like Leo Messi as brand ambassadors, bringing the game closer to fans.  To leverage those players, the company tapped their global assets and created a turnkey U.S. Hispanic program targeting fusionistas, deployed in the media and in-store with high impact retail promotion.  The latter was an important complement to the media, “because it’s not just about having the television connection,” Solis said.  “It’s also about great ‘retail theater,’ POS and assets that our retailers can actually give to their shoppers” such as posters and other player-related giveaways.

The results “really exceeded our expectations because the sales started to shoot up,” she said.  “This was the beginning of an upward trajectory for us.”

Univision is banking on these kinds of insights and results and the obvious recognition that it takes more than a one-off program to get and keep business increasing by properly marketing to Hispanics.  As Solis noted, “When you just get started and you just get that little win, it creates a ton of momentum.”

So, what’s next on the Pepsi plan?  The company will maximize its presence with sports, as well as live music and holidays.  Solis summed up their efforts since attending Leading the Change one year ago.  “After the conference and enjoying the [Univision-sponsored] Latin Grammy Awards, I said, ‘Hey, we need Pepsi to be front and center with music,'” she recalled.  “So, Pepsi and Univision partnered [at the November 15th] Latin Grammys as a showcase of the commitment that we have to this consumer.  The story doesn’t have an end, but I envision this as a journey that’s going to get better and better.”