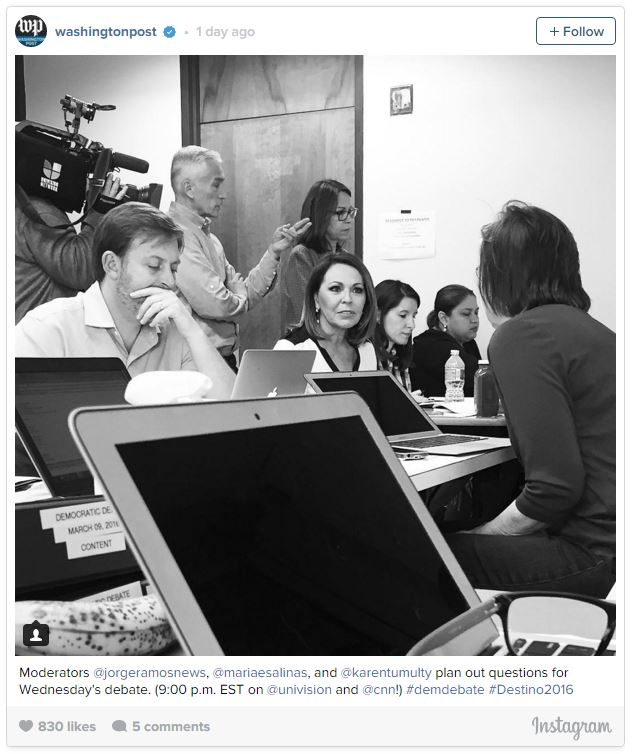 Here’s everything you need to know about Wednesday’s Democratic debate, sponsored by The Washington Post and Univision.

WHAT (to watch for): Immigration almost certainly will be a major topic of discussion, given the setting and Univision’s involvement. Univision announced in February that it would launch a voter registration drive aimed at growing the Latino electorate by 3 million people. Look for the moderators to ask Sanders, who lags far behind Clinton in the delegate count, about his path forward. But if Sanders senses dismissiveness, look for him to push back hard. Univision chairman Haim Saban has contributed $2.5 million toPriorities USA Action, a super PAC backing Clinton. Ramos’s daughter, Paola Ramos, works for the Clinton campaign’s communications team. And in January, Sanders memorably unloaded on The Washington Post editorial board for criticizing his “fiction-filled campaign.” The dynamics among the candidates and sponsoring media outlets could provide intriguing subplots.

WHERE: Miami Dade College in Miami.

WHEN: Pre-debate coverage led by The Fix’s Chris Cillizza begins at 8:45 p.m. on Wednesday on The Washington Post’s desktop and mobile sites, as well as its app for Apple TV. The debate starts at 9 p.m. Sign up here for a reminder to tune in.

WHY: Florida, a critical swing state in the general election, is also an important primary state, with 246 delegates on the table. Voters will cast ballots next Tuesday and have already begun early voting, so this debate represents one of the candidates’ last opportunities to make their cases. In addition, the Democratic National Committee’s partnership with Univision on this debate is an overture to Latino voters, who are essential to the party’s base.