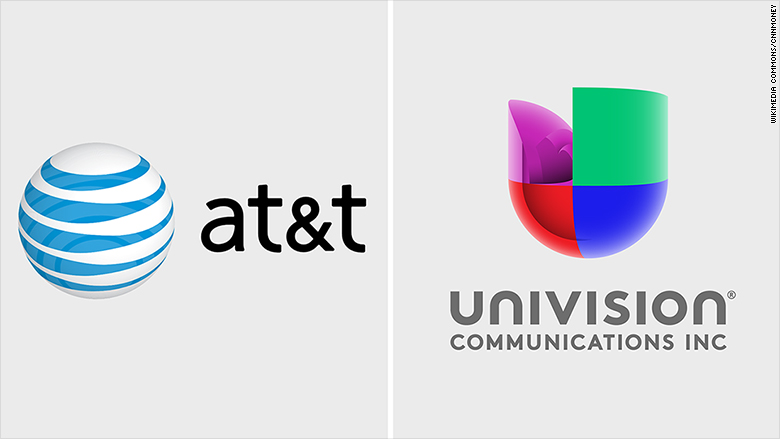 Univision, the Spanish language broadcaster, says AT&T is discriminating against Hispanics by failing to reach a new distribution deal for Univision’s stations.

These types of TV blackouts happen when programmers and distributors can’t agree on the terms of a new contract. They are usually resolved in a matter of days, but some drag on for weeks and even months.

This case is unique because Univision is accusing AT&T of “discriminatory behavior,” saying the distributor is “preventing Hispanic America from receiving content and information in language and in culture, which is especially vital during this election year.”

In a statement shortly after the midnight contract deadline, Univision also said AT&T is “redlining our audience by refusing to recognize the value of the Univision networks and the consumers we serve.”

“Redlining” is a practice dating back many decades. It originally referred to actual red lines that bankers and real estate agents would draw on maps to delineate minority neighborhoods and discriminate against them.

So Univision’s comments are provocative to say the least. AT&T responded by blaming Univision for blocking U-verse customers from accessing the channels.

In these cases, the distributors usually argue that they are trying to hold the line against excessive price increases by programmers. The increases are usually passed along through customers’ monthly bills.

AT&T said it is “fighting for our customers to keep the increasing costs charged by programmers to a reasonable amount. Numerous recent and diverse programming deals we have signed prove this can be accomplished.”

But Univision says it has earned an increase.

“These disputes can be confusing for consumers, but in our case it’s simple: we must receive fair compensation, on par with English language broadcasters,” the network said in its statement.

Friday’s blackout marks the first time in recent memory that Univision has gone dark on a major distributor’s TV system.