The New York Times: Jorge Ramos Thinks Latinos Are the Key to the White House 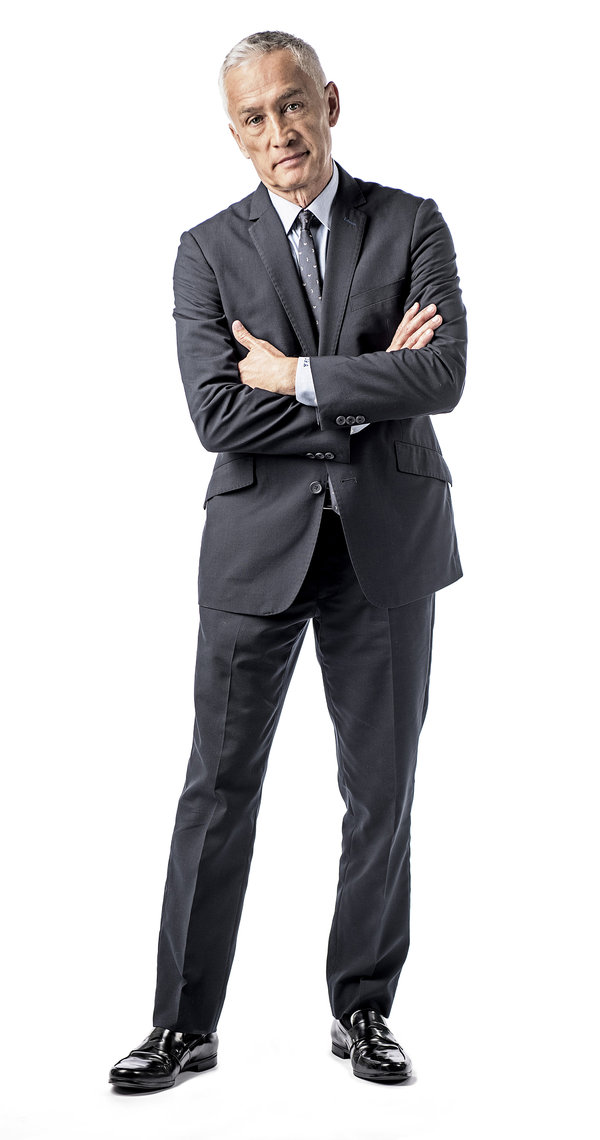 Donald Trump once had you physi­cally removed from a news conference for asking questions about his proposed immigration policies. Now he’s the front-runner for the Republican nomination. The only other time that has happened to me was with Fidel Castro in Guadalajara, Mexico.

As a member of the Spanish-speaking media, do you blame the mainstream media for Trump’s rise? I hoped he would have been asked harder questions. How is he going to deport 11 million people in two years? That would require more than 30 jumbo-jet flights every day. How is he going to build a 1,900-mile wall? It will cost at least $20 billion. I spoke with former President Vicente Fox, and he clearly told me: ‘‘Mexico is not going to pay for that wall.’’

I think white voters can’t really imagine what it’s like to be the target of the sort of language that Trump uses when talking about illegal immigrants. Do Latino voters feel it more personally? Yes. President Obama has deported more than two million undocumented immigrants in seven years, more than any other U.S. president. Trump is talking about deporting 11 million. Ted Cruz said he wants to deport 12 million. For us, immigration is not something abstract. It is personal. Very, very personal.

How strong is the voting bloc? Do you think there’s really a Latino firewall that could prevent a Trump presi­dency? Absolutely. Trump seems to think he can win the White House with only the white vote. I believe that the only way to win the White House is with the Latino vote. If the Republican candidate cannot get 33 percent of it, he cannot win the White House.

What about the 16 percent of Latino voters who support Donald Trump? Who do you think they are? I think these are Latinos who at some point in their lives decided to turn their backs on other immigrants. There used to be a tradition within the Hispanic community that regardless of your political party, you would support undocumented immigrants. That ended with Marco Rubio and Ted Cruz.

Rubio and Cruz’s families came from Cuba, whereas the bulk of illegal immigrants who are here are from Mexico and Central America. Do you think their heritage has anything to do with their politics? What I’ll say is that Cuban-Americans don’t have to deal with the same immigration issues as other nationalities because of the ‘‘wet feet, dry feet’’ policy. For Cubans, one year after you touch United States territory, you can become a legal resident.

Last year, you disclosed that your daughter, Paola, is working for Hillary Clinton’s communications team. You said you will ‘‘continue to report with complete independence.’’ Do you think you’re succeeding? I disclose the relationship every time I talk to Clinton, and I think I ask tough questions. Paola and I decided that there are certain issues that we are not going to talk about until the election is over.

You write about your disillusionment with the Catholic Church in your book ‘‘Take a Stand.’’ What do you think of Pope Francis’ efforts to make the church more accessible and personal? I don’t know. In Cuba, he called Raúl Castro — who’s a dictator — the president. He refused to meet with dissidents there. He refused to meet with victims of sexual abuse in Mexico. He refused to talk to the families of the 43 students who disappeared in Ayotzinapa. It was a different pope from the one we saw here in the United States. When he goes to Latin America, he becomes shy and lacks the courage to criticize those in power.