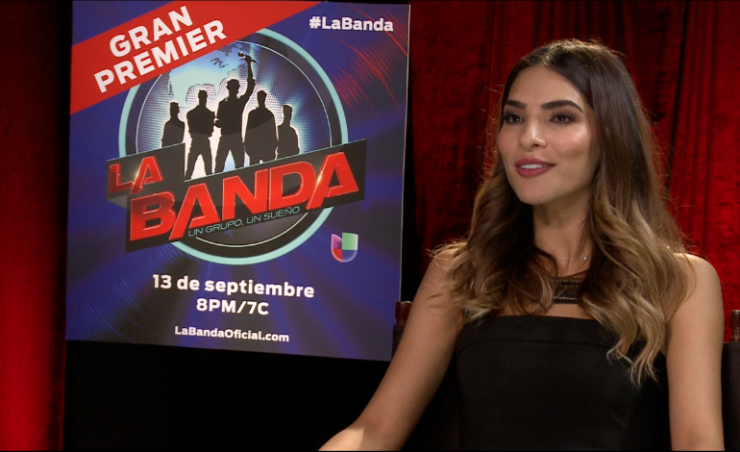 Alejandra Espinoza is the host of the upcoming reality show “La Banda.” Find out everything she said in our interview! Latin Times

Forming part of the “La Banda” team is probably one of the best career ventures that Alejandra Espinoza has had since she won the crown of Nuestra Belleza in 2007. The Mexican beauty queen, model, and TV presenter talked to Latin Times about the forthcoming project that includes Laura Pausini, Alejandro Sanz and Ricky Martin as judges.

“It’s not only the people you see on TV, but also the whole production team,” Espinoza said. “It’s been such a great experience for me, I’m just the host. I know it’s going to be awesome,” she added, convinced that the five winners of the reality TV show will be “talented, very famous and huge in this industry.”

The 28-year-old former “Sabado Gigante” host noted that working with the three judges has been great! “They’re amazing, they’re doing a great job,” she said. “Ricky is going to be the manager of the band, so he has to be more involved. But Laura and Alejandro have a lot of experience and they know what they’re doing.”

Alejandra, who said her ideal boy band would include Julion Alvarez, Robbie Williams, El Dasa, Nicky Jam and J Balvin, stated that she advices all the aspiring contestants to “try to be the best” and to always be prepared. “Not just be one of them, be the one!,” she said.