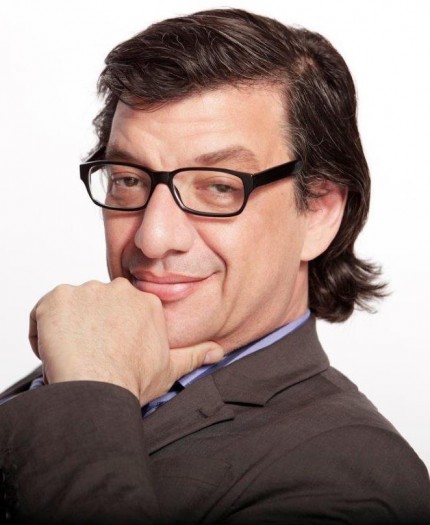 CAPITAL: What’s your game plan to increase the engagement from Univision’s existing audience and broadening its reach? What sorts of goals have you set for yourself?

SUMMA: Both Univision News and FUSION have incredibly gifted teams of reporters and producers. My directive is to get them to think beyond the conventional — to experiment — to be unafraid to take risks and fail. Both TV and digital have plenty of sacred cows. It’s time to bring them to slaughter.

CAPITAL: What is the biggest difference between growing the audience for FUSION and for Univision News?

SUMMA: Univision has a very intimate relationship with the audience we serve. So there we want to find ways to support and strengthen the relationships. FUSION is a new, young, truly multi-platform media brand that is still building buzz and awareness. And we’re creating journalism on an ever growing number of platforms, as well as traditional ones like TV and the web. So our job is to understand and help journalists convey their stories in a way that is organic to each platform, whether it’s TV, Snapchat, Facebook or the platform that hasn’t yet been invented. The days of porting content from one platform to another are over, or should be.

CAPITAL: Are different strategies needed for Spanish and English-language viewers and readers?

SUMMA: A great story is a great story, regardless of language. But it simply gets down to knowing your reader or viewer. We’ve done many stories one way for Univision and another way for Fusion. A Univision TV investigation into cartels’ control of gold mines turned into an interactive video game-like experience for the Fusion audience. Knowing that you need to present stories in different ways for each audience served our multi-platform efforts at Fusion.

CAPITAL: FUSION’s digital news team is expanding. What do you hope to do with that team to get Fusion’s work more widely viewed and available to viewers?

SUMMA: Fusion has a newsroom like no other I have been in before. It is one of the only news organizations to be founded based on the reality of changing demographics in the country, and you see that reflected in the diversity of smart, passionate voices that have joined the team. Isaac Lee, who is the President of News at Univision and CEO at Fusion, has made innovation and experimentation a part of the culture at Fusion from the beginning. We want Fusion to be like a Xerox PARC for journalism.

CAPITAL: What sorts of storytelling techniques, tools and platforms are you most excited to implement?

SUMMA: I think 360º Virtual Reality video has amazing potential in narrative journalism – and specifically investigative journalism. But really – the cool part is having journalists nimble enough so that whatever the new tool or technique is – they can quickly understand how to use it to deliver great journalism.