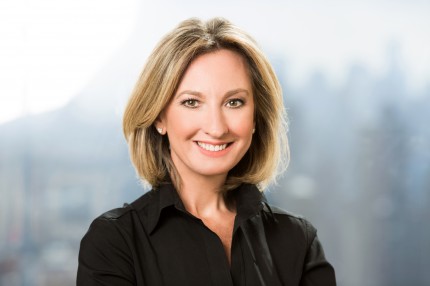 President of content distribution and business development for Univision Holdings, the company behind the country’s largest Spanish language network, has just filed to go public.

It has been in the news recently for cutting ties with Donald Trump and the pageants of which he is a part owner, saying comments he made about Mexican immigrants were insulting.

Univision is best known for its eponymous broadcast network. But in the past few years, the company has added new cable channels to its lineup, including one focused on sports and one dedicated to telenovelas. It has also invested in digital outlets like Flama, an online video network.

Tonia O’Conner, the company’s president of content distribution and business development, offers a look at its digital efforts as technology reshapes TV.

How is Univision doing on traditional TV?
Far and away our largest audience is on television. Over 90 percent of our viewership is live. Television is still a very healthy, very robust business.

But you have a digital focus too?
We’re investing heavily in digital. Most of our digital viewership is on mobile devices – it’s a sweet spot for our consumer. Therefore it makes all the sense in the world for us to be investing in digital platforms, in digital-native content.

Are digital efforts a reaction to flatlining cable and satellite TV subscriptions?
Our business has not been impacted by so-called cord-cutting. We look at every opportunity. Sling TV (Dish’s $20-a-month online TV service aimed at cord cutters) is a good example of that. It made sense for us to partner with Sling TV. We did it in a way that we thought was going to provide new opportunities for our content. Our business is still growing on the pay-TV side.

Where is your digital content?
Our goal is to be where the audience is. We do have our own destination, the formal dot-com, but a lot of our content is distributed through YouTube, through Facebook. We have an Instagram feed, Snapchat. And as those platforms develop their video strategy we will be partnering with them as well.

How is consolidation in the cable industry affecting Univision?
It’s the evolution of the pay-TV industry. So it’s not surprising to us that it would consolidate in the way that it is proposing to consolidate. At the same time you have new entrants. So we don’t think there’s less opportunity, we think there’s more.

Interviewed by Tali Arbel. Answers edited for clarity and length.