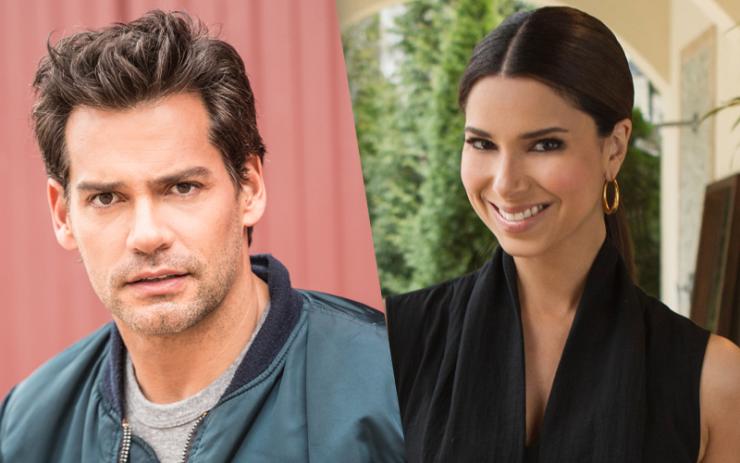 For the first time the Miss USA beauty pageant will simulcast in Spanish with hosts Cristián de la Fuente and Roselyn Sánchez. Lifetime

Cristián De La Fuente and Roselyn Sánchez are confirmed and set to host the Miss USA 2015 beauty pageant on UniMás. The pair of actors that both currently star in the Lifetime series “Devious Maids” will present the event in Spanish for Hispanics across the country. This is the first time in the pageant history that it will simulcast in Spanish. Former Miss Universe 2006, Zuleyka Rivera is also confirmed as a jury member and will judge the finalists. Rivera will join “E! News” host Terrence Jenkinis, Jessie James Decker, “Properthy Brothers” star Jonathan Scott and footballer Emmitt Smith. Current reigning queen Nia Sánchez will hand over her crown to the new winner that will represent the USA at the 64th Annual Miss Universe pageant. Miss USA 2015 will air live from the Baton Rouge River Center in Louisiana on Sunday, July 12 starting at 8pm ET/PT.

Earlier this year, after Paulina Vega was crowned as Miss Universe 2014, it was announced that Univision had entered a deal with the Miss Universe Organization to air the pageants, taking away the rights from Telemundo. “The Miss Universe and Miss USA pageants consistently rank as the most watched, most-coveted properties and entertainment programs around the world,” said Donald J. Trump. “Adding Univision as one of our leading media partners in addition to NBC could not be more exciting.” The deal would bring the beauty pageants to Hispanic audiences allowing more reach within the Latin community.

“Our new partnership will bring the Miss Universe and Miss USA pageants, among the most watched forms of television entertainment in the world to Univision, the number one media brand for U.S. Hispanics,” says Paula M. Shugart. “Our collaboration will bring unmatched entertainment to the most passionate, loyal audience that Univision offers to one of the fastest growing and important demographic communities in the U.S.”