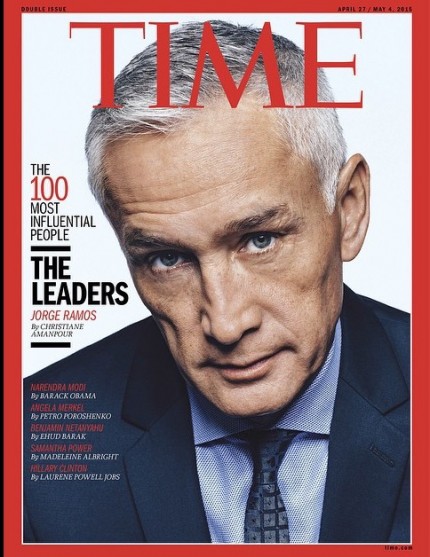 Jorge Ramos is silver-haired and gray-eyed, but inside that ring of steel beats a heart of gold.

Ramos wrangles with President Obama and House Speaker John Boehner; he swims the Rio Grande; he says he asks every question as if it’s his last, determined to get an answer or go down trying. What happened to immigration reform? He knows he has a voice and is not afraid to use it. He shouts from every rooftop that Hispanic rights are human rights.

After decades on the cutting edge of the news agenda, Jorge Ramos, who grew up in Mexico, is waging the campaign of a lifetime, which is also a defining issue for America, the country he calls home.

To Democrats and Republicans he says Hispanics are “truly tired” of what he has dubbed their “Christopher Columbus syndrome.” “They discover us during the presidential campaigns and then they forget about us,” he says.

With another presidential election coming up, if anyone can move this needle, Jorge Ramos can—and he must.