Media is changing. Demographics are changing.

With career opportunities in every media market nationwide – from production to procurement, content to contracts, or talent to technology – Univision has built a strong workplace culture based on the shared values of purpose, innovation and growth.

As a mission-driven company – informing, empowering and entertaining Hispanic America – Univision never takes our position as the leading Hispanic media company lightly. By working every day to earn the trust and loyalty bestowed upon us, we offer you a unique opportunity to bring a special purpose to your career.

Our community-focused employee volunteer program, "Unidos por los Nuestros" (United for our Own), has partnered with 37 health, education and small business community-based organizations in 20 markets to provide support for thousands of families, students and budding entrepreneurs. 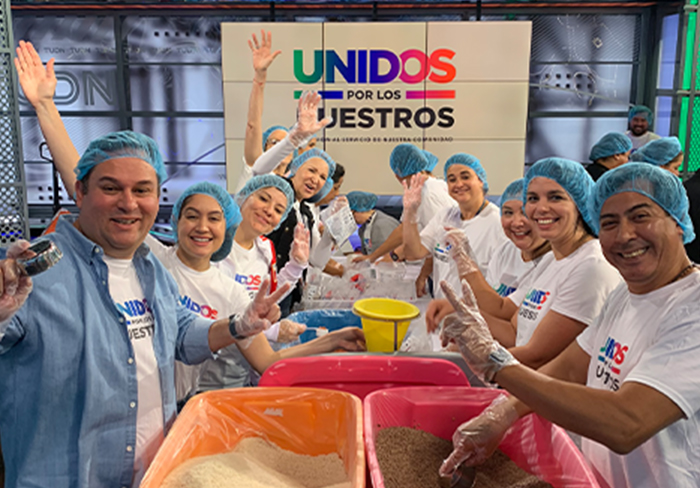 organizations partnered with
across the country this year.

employee volunteer hours donated
during our annual day of service.

Learn about our corporate social responsibility

Our employee awards recognize outstanding employees who go above and beyond and set the bar high for everyone at Univision.

Univision’s CEO Transformation Awards are a recognition program for employees at the VP level and below who go above and beyond to help the Company achieve its transformation and annual strategic objectives. The Awards were created as part of the Company’s continued focus on a meritocracy driven culture with an increased focus on employee recognition and rewards.

Our Local Media Division’s quarterly Único Awards recognize outstanding individuals below the Director level across our local stations for their hard work and dedication in helping Univision innovate and succeed. Nominated by their peers, honorees have shown a commitment to our company values.

Innovation is at the heart of Univision’s commitment to be one of the country’s best media companies in any language. Our state-of-the-art digital broadcast facilities and high-tech HD studios offer endless production and programming opportunities, while our proprietary consumer research and pioneering advertising technologies offer our clients best-in-class, award-winning marketing solutions.

We are an award-winning company, and that extends to our workplace. Univision has been named a Top Company for People of Color and a Best Place to Work for LGBTQ+ Equality.

While Univision has experienced incredible growth to become one of the country’s largest multi-platform media companies, the opportunities for employees’ professional growth are just as impressive. The company offers career development programs across the country in partnership with local universities, and our various employee resource groups provide community and learning opportunities.

Univision strives to maintain an employee environment that is equitable and fair for all and brings out the best in each of us. Our employee resource groups are a priority because we know that the best way to grow our business is through collaboration and learning from others.

The mission of the Women’s Leadership Council is to drive growth and innovation through recruitment, development and retention of diverse and competitive leaders. Employees at all stages of their careers, including men, are welcome to join

Orgullo|Pride aims to provide professional development to all LGBTQ+ and Ally employees, establish strategic philanthropic initiatives with LGBTQ organizations, and identify opportunities for Univision/Orgullo to inclusively engage our audience.

Kulture is an inclusive space for everyone at Univision. It’s where all employees can come together to discuss and create awareness around the challenges facing black, indigenous, and people of color, celebrate the multitude of backgrounds and cultures represented at Univision, educate those among us who are not diverse but wish to be supportive allies, and serve as a source of knowledge for all of us and the communities we serve.

eMERGE is a group for young professionals and their advocates focused on engaging, equipping, and empowering members to achieve fulfillment and success through events tied to professional development, workplace culture, and social impact. 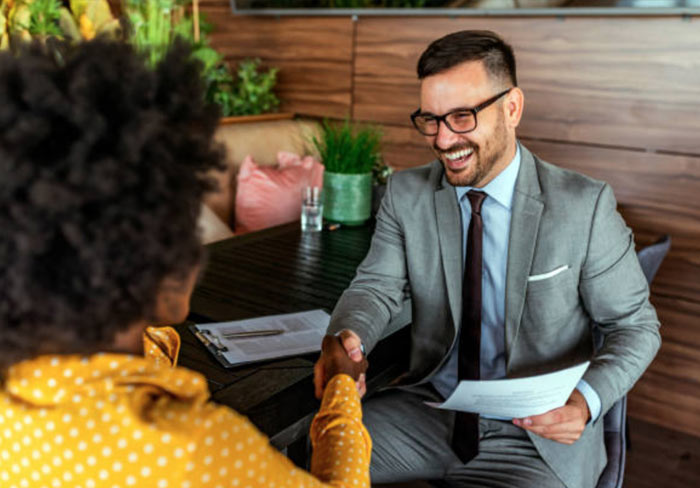 Through job-training and development programs – at all career levels – Univision is committed to supporting employees in their current roles while also empowering them to develop new skills, take on new opportunities and rise within the company.

In their own words

At Univision, we know that an empowered and informed workforce is our strongest brand ambassador, and it’s that idea that makes us reinvest time and again in our biggest and most important resource: our people. 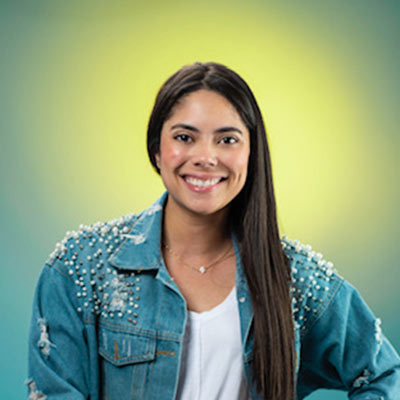 "I have a profound passion for U.S. Hispanic marketing, and in my current role as Multiplatform Specialist, I have the privilege of reaching this consumer in fun and creative ways across various platforms. Univision is leading the way to reach young Hispanics, like myself, igniting their passion for Spanish-language content, and I am honored to be a part of it all. Being part of eMERGE is an added bonus to life at Univision. The group has provided tools that I have put into practice to grow my personal and professional brand." 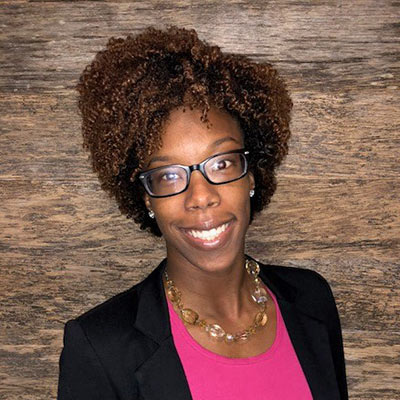 "Univision is a company I am proud to call my career’s ‘home.’ I’m fortunate to work for understanding leadership that is open to being positively challenged by their team. In 2018, I was selected to attend Univision’s Women’s Leadership Academy. That experience has been one of the most impactful weeks of my life to date. It was like getting a PHD on your own self in 7 days!" 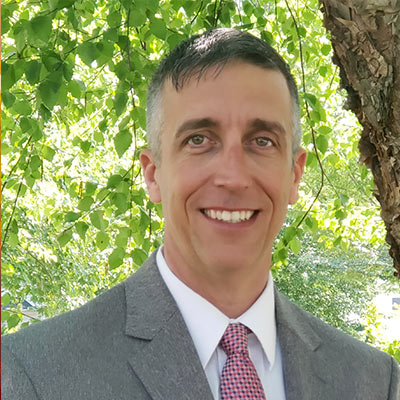 "As I was retiring from active duty after serving in the U.S. Army for 25 years and transitioning to civilian life, I was told to focus on finding a company that is the right fit. From the moment I walked in, I felt like Univision was the place for me." 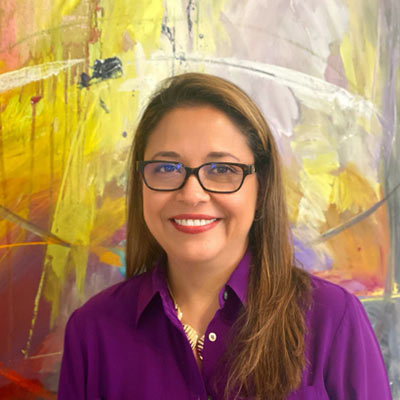 "I am happy to wake up every morning knowing all the people I work with genuinely care about each other personally and work together as a team. No two days at the office are the same; each day is challenging and exciting." 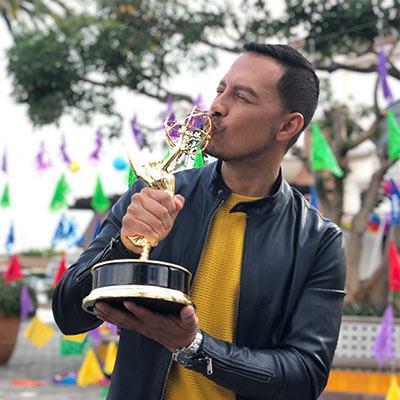 "During my time at Univision I have been employed in different capacities. I’ve traveled the world and met some of the most interesting people. However, the moment I am most proud of was coming out on live TV – a seminal moment GLAAD later recognized and celebrated."

Univision believes that a happy, well-balanced employee is what makes our culture thrive. We offer a wide selection of perks and benefits including PTO; tuition reimbursement; wellness and employee support programs; 401K; and life and other insurance plans. This is all in addition to our comprehensive and competitive health benefits package featuring medical, dental and vision coverage options. 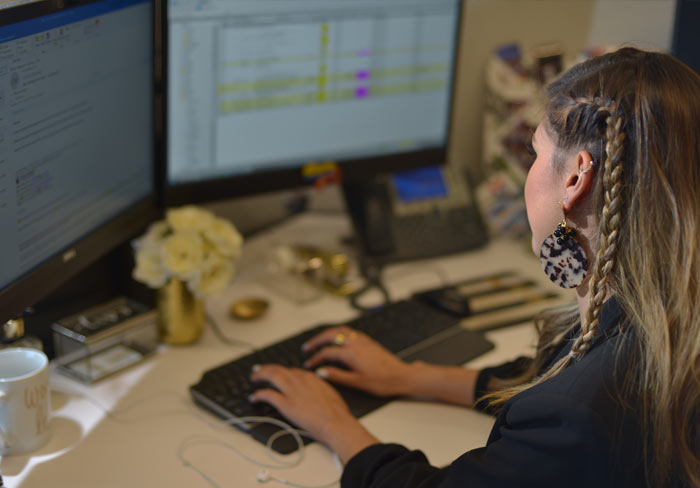 Join us in Mexico

Kickoff your career with us

We are always hiring for entry-level roles which you can find in our current job listings. If you are looking for a structured program to begin your professional career, Univision offers some of the industry's most highly regarded entry-level training programs, such as our seasonal internships and LEAP into Finance two-year rotational program.

Univision’s paid internship program for rising juniors, rising seniors and graduated seniors is designed to expand the interns’ knowledge of the media industry, expand their professional networks and provide a pipeline of future talent for the company. Interns work with teams across the company on high-impact projects—adequately scoped for their experience level—and participate in professional training and development modules throughout the duration of the internship.

Univision is looking for a candidate who is passionate about social media and analytics for the role of Paid Social Analyst. This person will play a pivotal role in the growth of Univision’s paid social advertising practice. The successful candidate will have a background in social ad buying, including hands-on experience activating paid campaigns across social platforms. This individual will amplify Univision’s in-language, in-culture branded content, ensuring it reaches the right audience and delivers strong results for advertising partners. This individual will work closely with Sales, Partner Solutions, Content and Editorial teams to seamlessly plan, activate, and report on Univision social ad campaigns.

The General Manager/Director of Sales (DOS) of Atlanta & Raleigh will have a clear vision for the future of our local business with the capability of communicating and executing that vision via hands-on leadership, optimism, strategic risk-taking and focused metrics of success. He/she will be a creative thinker who generates new ideas, understands our diversity and maximizes our brands and resources to achieve market leadership. He/she should cultivate key client relationships and set the example as the Chief Revenue Officer for the stations.

The Univision National Sales Office in Chicago is seeking a talented Account Executive to join our team. This is a great career opportunity for a motivated and dynamic individual to join our national team. This role will be responsible for maintaining and growing existing accounts while simultaneously cultivating and growing new client relationships driving multiple platform sales.

Reporting to the VP of Information Security, the candidate for this position must possess the skills to assist with the implementation and ongoing maintenance of cybersecurity initiatives driven by the Information Security team and the business. This role is technical, analytical, business process, and people focused. Candidate will assist with enforcing adherence to the company’s corporate policies and ensure ongoing alignment with the NIST CS Framework. The candidate will be engaged with system & application owners as needed as part of the company’s vulnerability management program, and with ongoing software standardization initiatives. In addition, the candidate will be engaged with cybersecurity monitoring, cloud technologies, authentication & federation technology, and endpoint security tools. This position will also help to develop and implement new cybersecurity initiatives – often involving creative and cost-effective approaches for easy adoption by our end-user community.