Two-Tier Service, ViX and ViX+ Will Roll Out in U.S., Mexico and Spanish-Speaking Latin America

Offering Includes More than 50,000 Hours of Spanish-Language Entertainment, Sports and News Content in its First Year 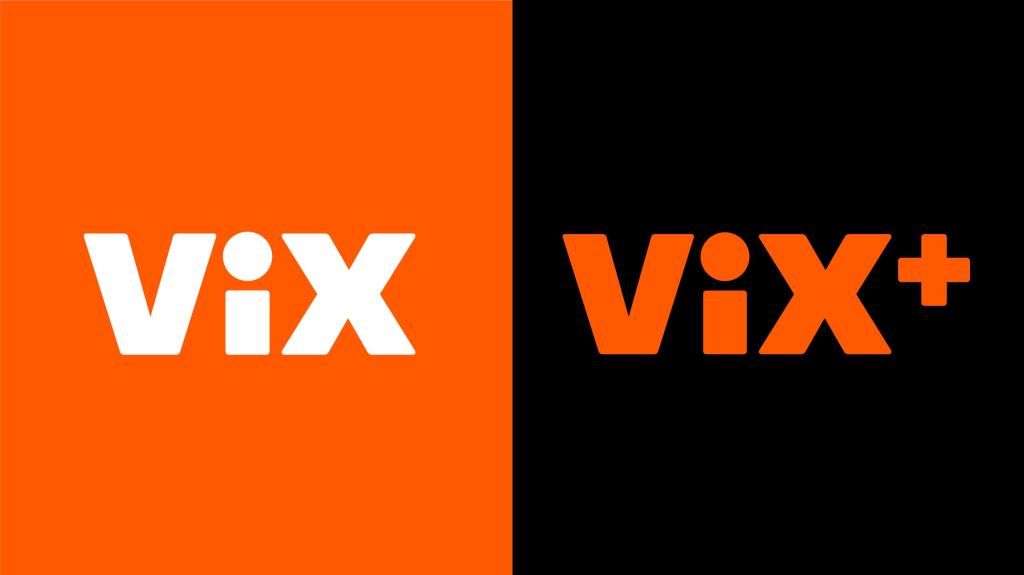 MIAMI – FEBRUARY 16, 2022 – TelevisaUnivision Inc., the world’s leading Spanish-language media and content company, today unveiled ViX, the first global large-scale streaming service created specifically for the Spanish-speaking world. ViX will offer more than 50,000 hours of Spanish-language content across genres, including original series and movies, live sports, live news and current Televisa and Univision hits as well as access to an extensive library of top franchise content and formats from Televisa’s vault. The two-tier service will include a free AVOD product, ViX, launching on March 31, with 100 EPG channels and vast-content VOD experience, and an SVOD option, ViX+, with premium content, including “ViX+ Originals” and exclusive soccer, set to launch in the second half of 2022. A Beta version of the streaming app is available beginning today for select users in the U.S. and Mexico.

“With the content and capabilities of the combined TelevisaUnivision, we are uniquely capable of delivering a groundbreaking streaming service to the nearly 600 million Spanish speakers around the world. For the first time ever, our global audience will have a high-quality streaming experience that provides a huge variety of world class entertainment, sports and news produced in Spanish for Spanish speakers,” said TelevisaUnivision Chief Executive Officer Wade Davis. “Beyond our audience, ViX will be a platform that expands our solutions to both our advertising and distribution partners, creating new and powerful ways for them to reach our audience and grow our businesses together. There is nothing like this in the marketplace, and only the combined power of TelevisaUnivision can deliver ViX and ViX+.”

The new service will launch in the U.S., Mexico and most of Latin America, and will be available across all major platforms and via web at vix.com. The company’s existing streaming options, PrendeTV, Blim TV and the legacy VIX AVOD service acquired in 2021, will be incorporated seamlessly into the new ViX platform in the coming months, ensuring an uninterrupted viewing experience for users.

“We are uniquely prepared to launch a global Spanish-language streaming service of this scale. With the merger of Televisa and Univision, our combined history gives us an incredible experience in reaching Spanish speaking audiences, and we will use these learnings to deliver a top-quality streaming service to hundreds of millions of Spanish-speakers around the world who want to see their diverse culture, language, interests and experiences represented and reflected onscreen authentically,” says Pierluigi Gazzolo, President and Chief Transformation Officer of TelevisaUnivision. “Importantly, we have access to the largest portfolio of Spanish-language hits, through Televisa’s deep library with 300,000 hours of content, prolific production engine and an extensive portfolio of intellectual property, and will make significant incremental investments in content beyond our networks. This will result in the broadest, largest entertainment, news and sports streaming offering ever amassed in Spanish. Combined with the massive reach we have with our audience, this content will fuel our streaming service like no other in Spanish language.”

With ViX, the service’s AVOD tier, users will be able to stream a vast array of long form entertainment plus live sports and news free of charge, in the first broadcast-quality ad-supported offering for the Spanish-speaking world, enabling audiences to engage with content that reflects their culture and language. ViX will curate a massive 40,000 hours of content, with more than 100 curated channels of broadcast-quality content and live programming, allowing consumers to easily discover and rediscover their favorites within the familiar interface of an electronic programming guide (EPG).

ViX brings classic novelas and mega-hits from Televisa, partnerships with some of the world’s best producers from Colombia to Turkey and scripted and unscripted series, Hollywood blockbusters, indie movies and Latin American films, all in Spanish and with a lower ad load than traditional TV. ViX will also have an unmatched news offering from multiple worldwide sources, with top international channels on an exclusive basis for the Americas, including Noticias Univision 24/7 and a new streaming channel from Noticieros Televisa. Finally, ViX will also deliver a broad soccer offering, featuring some of the top leagues and tournaments in the world and more matches for Spanish-language audiences than any other streaming destination in front of the pay wall, as well as Zona TUDN, a new 24/7 sports news channel featuring talk-shows, analysis, commentary and exclusive interviews.

With the service’s SVOD tier, ViX+, consumers will have access to the most premium Spanish-language content ever offered on an SVOD service, with 10,000 hours of programming to enjoy. In the first year alone, the service will premiere more than 50 ViX+ Original series and movies representing, on average, at least one new original per week.

Created in partnership with leading international production companies, original content representing Mexico, the U.S, Colombia and Spain will include a reboot from horror series “La Hora Marcada,” co-productions with Dynamo and Mediacrest, and a multi-title deal with The Mediapro Studio. In addition, ViX+ will feature a comprehensive pipeline of productions from the company’s own studios including new bio-series on the lives of Mexican idols and new productions from Latino audiences’ favorite genre, the novela, with exciting new titles produced in a contemporary style and designed for today’s streaming audiences.

Mexico’s movie powerhouse Videocine will premiere many original productions exclusively on ViX+ in Mexico in the first year of the service. Some titles will also be available in the U.S. Other great titles from movie partners will be available on demand to subscribers. Finally, ViX+ will be the world’s preeminent home of soccer in Spanish, with more than 3,000 live games a year – equating to more than 6,000 hours of live soccer in the U.S. and Mexico combined – super-serving fans with the best competitions and leagues from around the globe. This creates an unmatched sports offering with more in-language soccer matches in one place than any other streaming destination.

Together, ViX and ViX+ will deliver the most comprehensive World Cup coverage in Mexico, giving users access to 40 live games, including 10 exclusively on ViX+, and extended coverage of the tournament from Mexico and Qatar through the new Zona TUDN 24/7 Sports channel.

From original premium series to exclusive movie debuts, from sports to news and beyond, ViX and ViX+ will set a new standard for AVOD and SVOD streaming in the Spanish-speaking world.

“We will make it our mission to deliver more native Spanish-language content than any other streaming service,” completes Gazzolo. “There is no question to me that ViX will become the essential streaming service for Spanish-speaking viewers and the brands that want to reach them.”

“Let’s be clear: Our new service is not a reskinning of a TV offering,” says Davis. “What we are building is incremental to our TV business. Hundreds of originals, thousands of hours of exclusive live, premium soccer, live original news and much more in an innovative product and at an unbeatable price point.”

Novelas: From classics like “Marimar” and “Rebelde” to mega-hits such as “Teresa” and “Amores Verdaderos,” as well as superstars including Thalia, Angelique Boyer, Sebastián Rulli, Gabriel Soto and more.

Movies: Top-performing movies and series from leading studios, such as Lionsgate, MGM and Disney, among others, all available in Spanish.

Live Sports:  The new “Zona TUDN” a 24/7 sports news channel, which will become the super fanáticos´ destination of all sports, featuring extended coverage, talk shows, analysis, commentary and exclusive interviews.  Live and exclusive soccer offering including the “Game of The Week,” which features some of the top leagues and tournaments in the world.

Live News: An unmatched news offering from multiple worldwide sources, including the “Noticias Univision 24/7” news channel and featuring live simulcasts with up-to-the-minute coverage of breaking news and events relevant to audiences. Also, new original content, including “Algo Personal con Jorge Ramos” (Something Personal with Jorge Ramos). Available at launch, the new show, hosted by the ten-time Emmy Award-winning journalist and best-selling author, will feature intimate conversations with renowned personalities. Additionally, ViX will feature a new streaming channel from one of the most trusted and viewed brands in Latin America: Noticieros Televisa.

ViX+ programming that will premiere in the first year includes:

Among the original Videocine movies coming to ViX+ are:

ViX+ Sports Docuseries: Exclusive high-profile stories featuring action and drama both on and off the field: