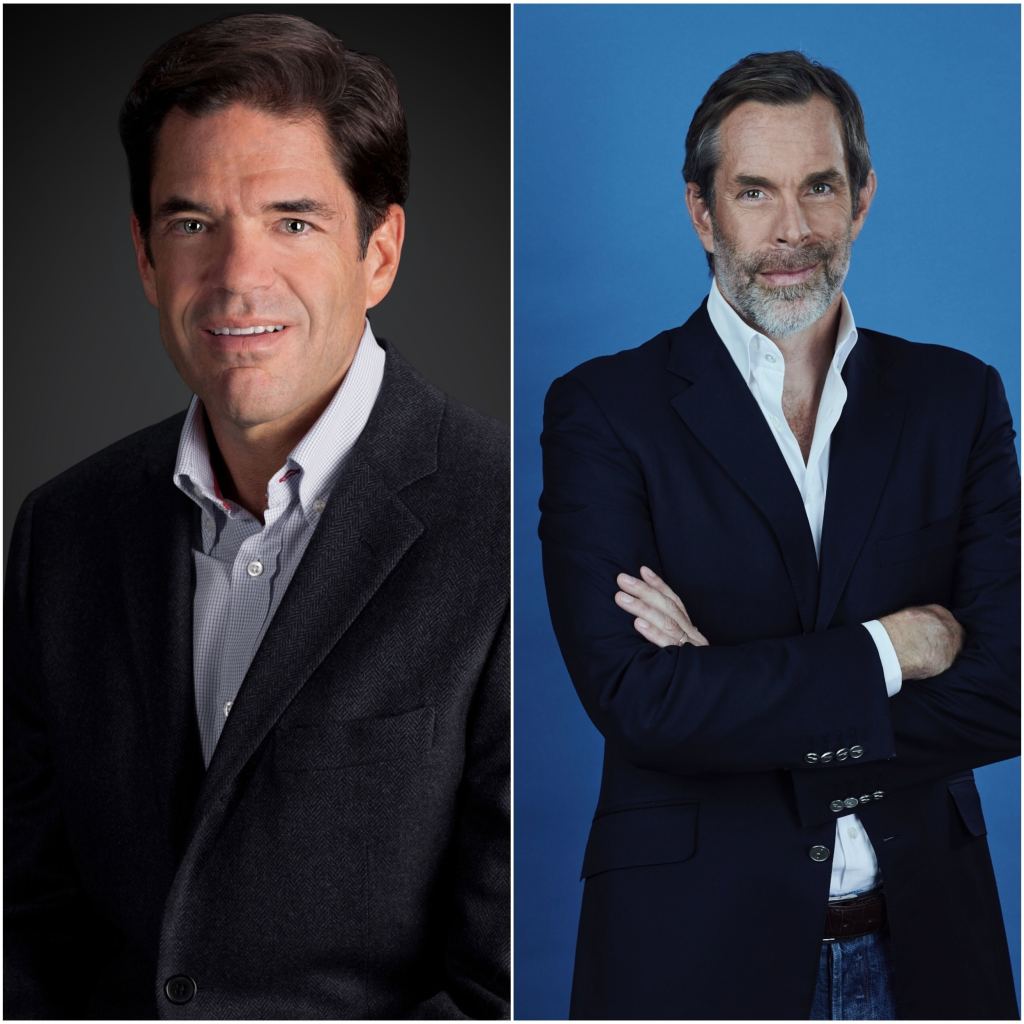 Brings together market leadership across U.S. and Mexico,
reaching 100 million Spanish speakers every day across TV, digital, and audio

TelevisaUnivision to launch the premier streaming service for the Spanish speaking audiences in 2022, with free and premium tiers, and large offering of original Spanish-language entertainment, sports and news

Significant strategic ownership, including Softbank, Google and Grupo Televisa, is uniquely positioned to help drive the strategic objectives of TelevisaUnivision

NEW YORK and MEXICO CITY, January 31, 2022 – Grupo Televisa, S.A.B (“Televisa”; NYSE:TV; BMV:TLEVISA CPO) and Univision Holdings II, Inc. (together with its wholly owned subsidiary, Univision Communications Inc., “Univision”) today announced the completion of the transaction between Televisa’s media content and production assets and Univision. The new company, which is named TelevisaUnivision, Inc. (the “Company” or “TelevisaUnivision”), creates the world’s leading Spanish-language media and content company. TelevisaUnivision will produce and deliver premium content for its own platforms and for others, while also providing innovative solutions for advertisers and distributors globally.

“The close of our transaction marks a historic moment for our company and our industry,” said TelevisaUnivision CEO Wade Davis. “We are combining two iconic and market-leading companies that have a rich, shared history and an incredible portfolio of assets. This combination will create a business without comparison in the global media landscape. Over the past year both companies have transformed themselves, reaching levels of financial performance and audience resonance that has not been seen for years. The power and momentum of the transformed core business is truly unique and will be a springboard for the upcoming launch of the preeminent Spanish-language streaming service. The new trajectory of our company is supported by our new ownership group, which is well positioned to amplify the efforts of one of the best leadership teams in the world.”

“The combination of content assets from Televisa and Univision, the two leading media companies from the two largest Spanish-speaking markets in the world, has created a company with tremendous potential,” said Alfonso de Angoitia, Executive Chairman of the TelevisaUnivision Board of Directors. “With our attractive financial profile and history of innovation, TelevisaUnivision is ready to revolutionize the industry by delivering the most comprehensive Spanish-language content offering to audiences around the world.”

The transaction brings together the most compelling content and intellectual property with the most comprehensive media platforms in the two largest Spanish speaking markets in the world. Televisa’s four broadcast channels, 27 pay-TV channels, Videocine movie studio, Blim TV subscription video-on-demand service, and the Televisa trademark, will be combined with Univision’s assets in the U.S., which include the Univision and UniMás broadcast networks, nine Spanish-language cable networks, 59 television stations and 57 radio stations in major U.S. Hispanic markets, and the PrendeTV AVOD platform.

Together, TelevisaUnivision owns the largest library of Spanish-language content and intellectual property in the world, and the most prolific long-form Spanish-language content engine in the industry. As a result of the combination, TelevisaUnivision reaches over 60% of the respective TV audiences in both the U.S. and Mexico. Across television, digital, streaming, and audio, the Company reaches over 100 million Spanish speakers every day, holding leading positions in both markets.

Integration and Position as One Company

Since announcing the transaction on April 13, 2021, Univision and Televisa have each transformed their core businesses in anticipation of the integration and are delivering the highest levels of financial and audience growth either company has experienced in years. The long-standing partnership between the two businesses has allowed for improved content and business coordination that will accelerate the integration. These efforts uniquely position TelevisaUnivision to begin executing immediately on a combined strategy and capture the tremendous opportunity presented by the global Spanish-speaking population of nearly 600 million, which represents an aggregate GDP of approximately $7 trillion.

The companies have strategically assembled a senior management team of world-class leaders for the global operation, combining great professionals from Televisa and Univision, as well as bringing in top talent from leading media and technology companies.

In addition, the TelevisaUnivision transformation also included the development of a massive pipeline of original content for the upcoming global streaming launch, investing in new advertising products in both markets, revamping the programming strategy and executing new distribution partnerships, as well as launching the PrendeTV AVOD service in the U.S., which has served as a powerful pilot for the upcoming streaming launch.

Univision’s portfolio of television networks, consisting of Univision, UniMás, Galavisión and TUDN, delivered 62% of the primetime viewing on Spanish-language television in the U.S. among adults 18-49, up from 58% compared to 2020, and marked the highest audience share since 2014. Meanwhile, Televisa’s content performance and audience delivery in Mexico was equally as impressive. The top 20 programs on broadcast television in Mexico were produced and transmitted by Televisa. Televisa’s top three programs during 2021 had audiences between 63% and 73% higher than the top-rated program of its closest competitor. Throughout the week, Televisa’s audiences were 91% higher than those of the second largest broadcaster, while audiences at its flagship network, Las Estrellas, were 154% higher than those of its closest competitor. Televisa transmitted eight out of the 10 soccer matches with the highest audiences in Mexico during 2021.

TelevisaUnivision remains on track to launch its previously announced unified global streaming service in 2022, which will include both a free and a premium subscription tier. The service will have the largest offering of original Spanish-language content in the U.S. and Latin America, including dramas, comedies, docuseries, game shows, reality shows, variety programs, movies, musical and cultural events, children’s and educational programs, sports and special events, as well as trusted news programming.

By tapping into Televisa’s vast content vault, along with the new Spanish-language originals in development and a wide range of collaborations with some of the most notable established and up-and-coming creators today, this offering will be the world’s first large-scale streaming service specifically developed for the Spanish-speaking audience.

Creative partnerships with Eugenio Derbez, Selena Gomez, Maria Dueñas, Mario Vargas Llosa and Santiago Limón were among the first announced and will fuel what will be a truly compelling and first-of-its-kind offering.

As the leading Spanish-language media and content company in the world, TelevisaUnivision features the largest library of owned content and industry-leading production capabilities that power its streaming, digital and linear television offerings, as well as its radio platforms.

With the most compelling portfolio of Spanish-language sports rights in the world, TelevisaUnivision has solidified its position as the Home of Soccer. TelevisaUnivision also owns and manages 59 television stations across the U.S. and four broadcast channels in Mexico affiliated with 222 television stations, Videocine studio, and Uforia, the Home of Latin Music, which encompasses 57 owned or operated U.S. radio stations, a live event series and a robust digital audio footprint.

Televisa is a major telecommunications corporation which owns and operates one of the most significant cable companies as well as a leading direct-to-home satellite pay television system in Mexico. Televisa’s cable business offers integrated services, including video, high-speed data and voice to residential and commercial customers as well as managed services to domestic and international carriers. Televisa owns a majority interest in Sky, a leading direct-to-home satellite pay television system and broadband provider in Mexico, operating also in the Dominican Republic and Central America. Televisa holds a number of concessions by the Mexican government that authorizes it to broadcast programming over television stations for the signals of Univision Holdings II, Inc. (“Univision”), and Televisa’s cable and DTH systems. In addition, Televisa is the largest shareholder of TelevisaUnivision, the controlling company of Univision Communications Inc., a leading media company producing, creating, and distributing Spanish-speaking content through several broadcast channels in Mexico, the US and over 70 countries through television networks, cable operators and over-the-top or “OTT” services. Televisa also has interests in magazine publishing and distribution, professional sports and live entertainment, and gaming.