Univision Noticias’ 2022 “UNIVISIONARIOS” Delivers No. 1 Program on All of Television among U.S. Hispanics

Univision Noticias’ 2022 “UNIVISIONARIOS” Delivers No. 1 Program on All of Television among U.S. Hispanics

“UNIVISIONARIOS” positioned Univision ahead of all cable networks from the 8 to 10 p.m. slot and the entire night among U.S. adults 18-34. 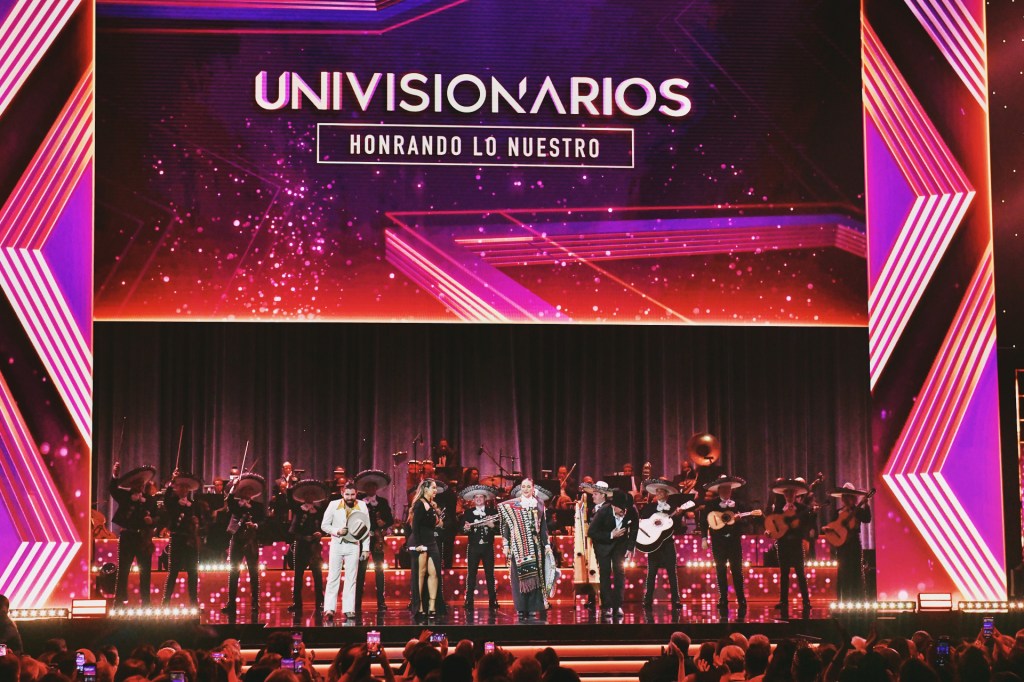 Click to see pictures of the event and the red carpet.

MIAMI – September 26, 2022 – On Thursday, September 22, Univision Noticias premiered its first edition of UNIVISIONARIOS, an initiative that honors and celebrates Hispanic excellence. Televised live from Washington, D.C., UNIVISIONARIOS empowered audiences with inspiring stories, community building, and the best of Latin music. The award celebration reached 2.8 million Total Viewers 2+ who tuned in to all or part of the two-hour live broadcast and ranked as the No. 1 program on all television, regardless of language, with U.S. Hispanics among Total Viewers 2+, Adults 18-49 and Adults 18-34. Additionally, UNIVISIONARIOS drove Univision to the No. 1 Spanish-language network ranking on all television during the 8 – 10 p.m. time slot with double-digit audience advantages among Total Viewers 2+ (+19% advantage), Adults 18-49 (+22% advantage) and Adults 18-34 (+23% advantage).

Live from the Daughters of the American Revolution (DAR) Constitution Hall, under the theme “Honrando lo Nuestro (Honoring What is Ours)” and aired live on Univision, the first edition of UNIVISIONARIOS ranked among the top 10 most-watched programs on all television during primetime among Adults 18-34 and Adults 18-49.

The award celebration attracted more U.S. Hispanic viewers than the combined audience of the latest editions of the “ESPY Awards” and “Kennedy Center Honors” among Total Viewers 2+, Adults 18-49, and Adults 18-34.

UNIVISIONARIOS was the first live event on Hispanic television that was completely accessible to visually and hearing-impaired Spanish-language audiences by featuring a Second Audio Program (SAP) and detailed closed captions.