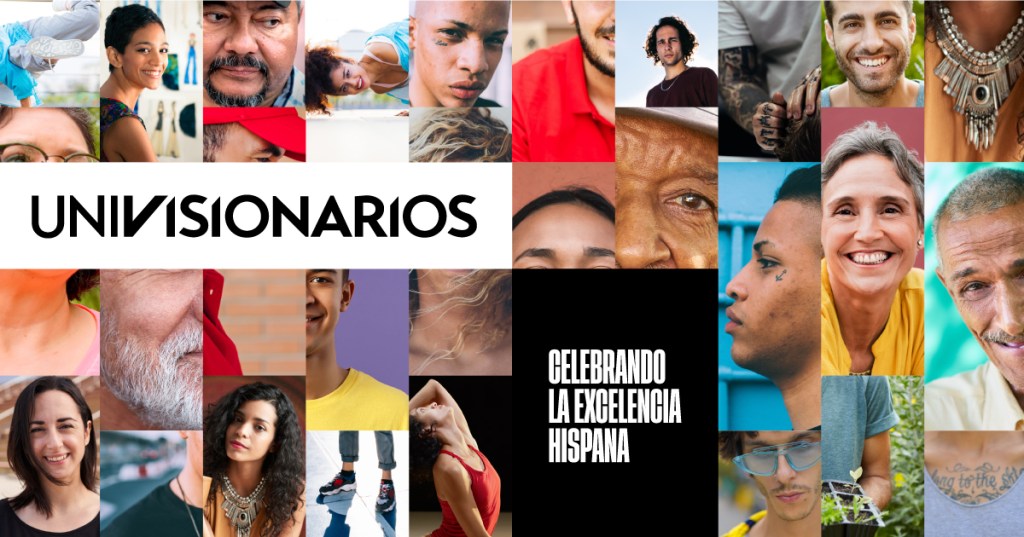 MIAMI – FEBRUARY 28, 2022 – TelevisaUnivision Inc., the world’s leading Spanish-language media and content company, and the fastest-growing media company in the U.S., has launched “UniVisionarios,” a new initiative to honor exceptional U.S. Hispanics and their remarkable contributions to their communities and the world. Univision’s Teresa Rodriguez, the highly acclaimed journalist and host of “UniVisionarios,” made the official announcement during Univision’s “Premio Lo Nuestro,” the world’s longest-running Latin music award show. “UniVisionarios” is the first Spanish-language platform to recognize individuals committed to helping and improving the advancement of the Hispanic community in the U.S.

The Advisory Committee will select the nominees from the pool of eligible candidates. The Advisory Board is composed of inspiring leaders with a remarkable track record and a notable role in the Hispanic cultural landscape. Its members are Gloria Estefan & Emilio Estefan, Dr. Julio Frenk, Dr. Pedro Greer, Dolores Huerta, Mark Hugo Lopez, and Antonio Tijerino.

The top 10 finalist, nominated by the Advisory Committee and Univision viewers, will be announced during the celebration of the UniVisionarios Awards Ceremony later this year.

Univision’s Teresa Rodriguez will host and play a key role in the production of the special segments telling the personal and professional stories of the 25 extraordinary Hispanic leaders. A symbol of pride in the community herself, Teresa Rodriguez is a 15-time Emmy-award winning journalist, and winner of a George Foster Peabody and the Silver Angel for Excellence in Media Awards. She is also a best-seller author, and currently a member of the Miami Dade College Alumni Council.

MEET THE ADVISORY BOARD