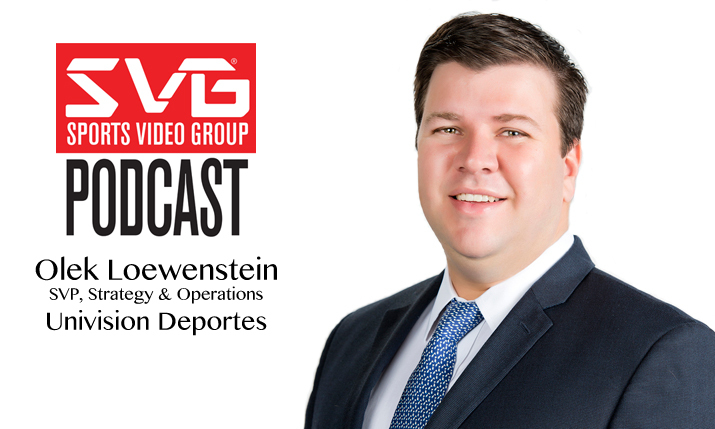 In just five years, the 24-hour cable sports network Univision Deportes has established itself as an innovation and production powerhouse. The outfit is providing more than 80 live game productions per month and, from its Miami facility, an average of six hours of studio programming a day.

SVG Chief Editor Jason Dachman sat down with Olek Loewenstein, SVP of strategy and operations, sports, to discuss how the company’s Facebook Live efforts will impact production; the evolution of Univision’s at-home production model for MLS matches; plans for 4K, HDR, and VR; new tech toys to be used for this summer’s CONCACAF Gold Cup coverage; Univision Deportes’ progress; and how the new Miami production facility has enhanced its sports content.

The SVG Podcast is a show designed specifically for the sports-video–production professional and will bring you new episodes every other Wednesday, beginning March 29.

The program features interviews with some of the biggest names in sports-video production talking trends and topics that are making an impact on the industry.