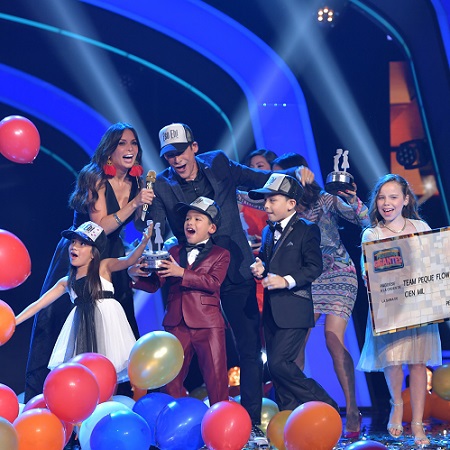 “Earlier this year, we set out to develop content that offered value, variety and versatility to our viewers, which is what ‘Pequeños Gigantes USA’ has achieved,” said Lourdes Diaz, president of Entertainment. “Our goal to engage our multi-generational audience by providing a new space for them to sit down and watch programs together as a family has been clearly validated by our season one results. Univision continues to be our audience’s No. 1 Spanish-language network, and we look forward to delivering more of what our viewers desire as we launch new productions.”

The emotion-packed final episode reached 3.5 million Total Viewers 2+ who tuned in to all or part of the one-hour broadcast and made Univision the fifth largest network, among both Adults 18-49 and Adults 18-34.

Broadcast over nine weeks on Mondays through Thursdays during the 8 p.m. ET/PT primetime slot, “Pequeños Gigantes USA” was hosted by Giselle Blondet, and included judges Prince Royce, Bianca Marroquín and Luis Coronel, as well as social media reporter Sebastián Villalobos. Produced and broadcast exclusively by Univision, the program allowed families to enjoy the amazing talent of 22 kids between the ages of 6 and 11 from across the U.S. and Puerto Rico.