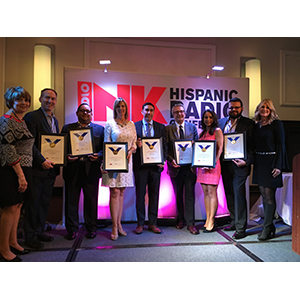 The winners of the annual Medallas de Cortez awards (sponsored by vCreative) for excellence in Hispanic Radio were announced Tuesday at the Hispanic Radio Conference, in Fort Lauderdale. Prestigious Broadcaster of the Year honors went to SBS EVP/Programming and Multi-Platform Coordinator Jesus Salas, while, as previously announced, Frank Montero of Fletcher, Heald & Hildreth received the Distinguished Leadership Award.

Station of the Year
WRMA/Miami

We’ll have complete coverage of day to from the conference on Twitter Wednesday and in our Thursday morning headlines. Follow us on Twitter using the hashtag #HISRADIO17