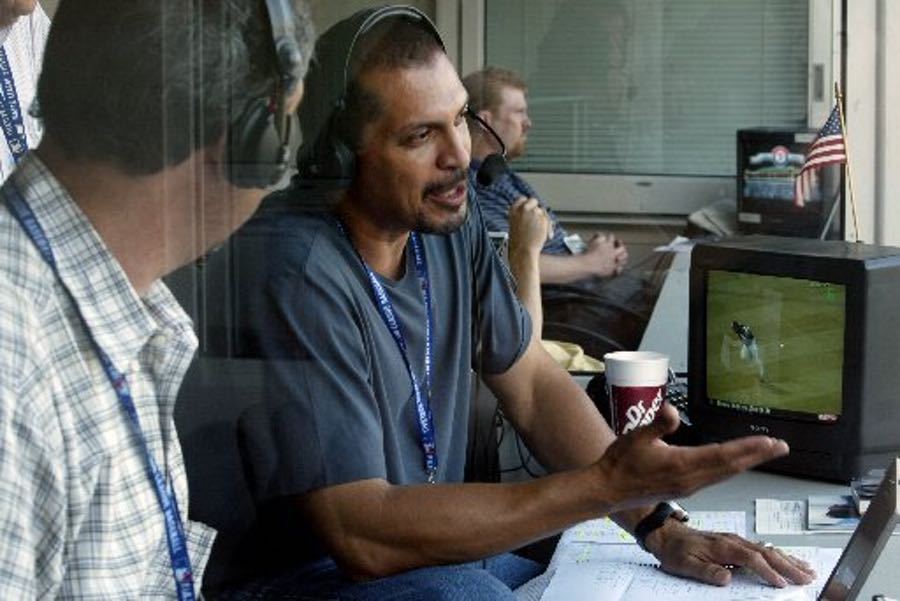 Eleno Ornelas (cq), left, listens as Jose Guzman (cq), center, works on the Spanish-language radio for Texas Rangers baseball. The Rangers are one of only four teams to broadcast their home and road games in Spanish. They are pictured in their broadcast booth at The Ballpark in Arlington.

The Texas Rangers on Friday entered a three-year agreement with Univision Deportes Radio to serve as the flagship of its Spanish-language radio network.

KFLC-AM 1270 will broadcast the majority of the games. KFZO-FM 99.1 will carry games when programming conflicts arise.

Eleno Ornelas will do play-by-play for the 18th season. Former Rangers pitcher Jose Guzman, who won 80 games in an injury-marred eight-year major-league career, will be the analyst for home games.