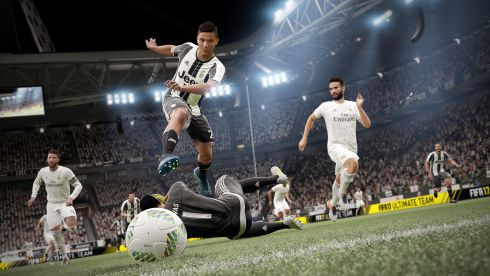 EA Sports’ Competitive Gaming Division has struck a series of broadcast deals with ESPN, NFL Media and Univision, providing an unprecedented level of national TV exposure for its developing e-sports efforts. An agreement with ESPN calls for the network to show EA Sports’ FIFA Ultimate Team Championship Series from Paris this Sunday on the flagship channel on a tape-delayed basis, and live Saturday on ESPN Deportes and ESPN3. Friday’s Madden Bowl Finals of the Madden NFL Championship Series will be shown live on NFL Network and Univision.com, while Univision Deportes on Monday will air it on tape delay.

Both events will also be available on Twitch and YouTube, and the Madden event will also be streamed on Facebook. EA.com will show the Madden event and embed Twitch’s stream of the FIFA championship. EA Sports has held prior relationships with each of the broadcast entities, particularly ESPN and NFL Media. The new pacts provide a heightened level of exposure for sports-related video game competitions, though prior experiments with televised e-sports have drawn modest audiences. “The market is looking for a more accessible competitive gaming experience,” said EA Sports Senior VP/Competitive Gaming Division Todd Sitrin. “These are each separate agreements, but really tie together in a larger strategy to extend our presence in this area.”

Financial terms were not disclosed, though Sitrin said the deals are aimed at forging more sustained broadcast plans around their e-sports efforts. Other FIFA events are scheduled to air on ESPN channels through May. “This is the beginning of an extended relationship. It’s not a one-and-done thing at all,” Sitrin said. The one-hour ESPN telecast of the FIFA Ultimate Team Championships will start at 6:00pm ET Sunday, during the last minutes of the Super Bowl LI pregame coverage. ESPN VP/Programming & Acquisitions John Lasker said, “We’re expanding our competitive gaming portfolio to include events that also resonate with traditional sports fans, and EA’s FIFA Ultimate Championship Series fits perfectly into how we intend to continue to serve e-sports fans moving forward.”