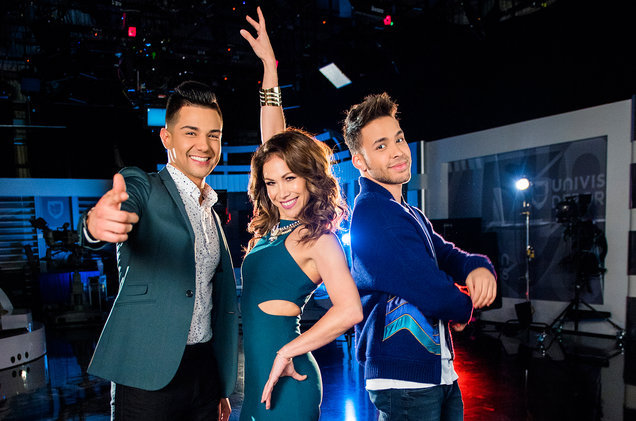 The two singers, both bilingual and bicultural and born and raised in the U.S., will be joined in the judge’s podium by Mexican-born, U.S.-raised actress Bianca Marroquín, who played Roxi Hart in the Broadway production of Chicago.

Pequeños Gigantes USA, produced entirely by Univision, is a spin-off the popular Mexican version of the show which aired in 2011. The new, U.S. version, which premieres Feb. 6, is specifically looking for U.S.-based talent and is open to children 6-11 years old who are U.S. citizens or residents.

In naming Prince Royce and Coronel as judges, the production is also clearly signaling its intent to appeal to a younger, bilingual demographic.

“This is the kind of show I would have wanted to have as a child so it is awesome to be able to work with kids with so much talent and help guide them,” said Royce. The singer was also previously a judge on another kiddie competition, La Voz Kids, which aired on Telemundo.

Unlike La Voz Kids, which had a Sunday night slot, Pequeños Gigantes will be broadcast Monday through Thursday at 8 p.m. Judges will give out scores after each presentation in categories divided in singing, dancing and talent, which includes actors, magicians and comedians.