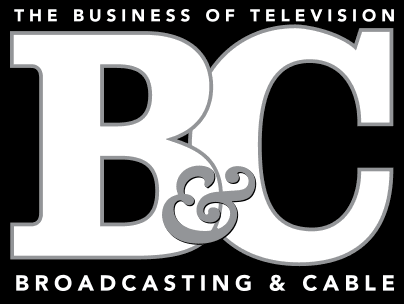 Like many of the most accomplished athletes he admires, Univision president and CEO Randy Falco can be thought of as a utility player. And often those are the most valuable members of a team’s roster.

“Randy made everyone at NBC believe that anybody could make it at NBC,” explains David Zaslav, president and CEO of Discovery Communications, who worked with Falco during his 31 years at the company. “He was a senior finance guy. He ran the Olympics. He ended up becoming COO. He ran the TV stations. Every time they needed someone to step in and cover an area, he was the guy.”

For those exploits, from NBC through his current role revitalizing Hispanic TV giant Univision, Falco is one of this year’s recipients of the Brandon Tartikoff Legacy Award.

Jim Bell, now NBCUniversal’s president of Olympic production and programming and executive producer of Telemundo’s World Cup coverage, first met Falco in 1990 when he was living in Barcelona, coaching American football after college. He had sent his resume to about 50 companies, NBC included.

Falco had blown his Achilles tendon playing basketball and was in a toe-tohip cast. Still, he insisted on getting on a plane to hold his first meetings about the upcoming Barcelona Olympics, so he needed to be pushed around in a wheelchair. NBC called Bell, who was dedicated enough to carry Falco up flights of stairs at certain points in the trip.

That Bell’s chance meeting with Falco turned into an incredible career for Bell is not uncommon for those who have had the good fortune of working for Falco.

“Everyone who’s worked for him ends up in a better place,” says Keith Turner, president of advertising sales and marketing at Univision, reporting to Falco. “And it’s not always about the job. He cares about what’s going on outside the job, that your life is going as well as your career is going.”

Falco got his start at NBC in 1975, where he put his MBA to use working with the likes of Tartikoff, Dick Ebersol and Grant Tinker.

“In one of my first jobs, I was an analyst for the great Grant Tinker,” says Falco. “The world was really just learning about things like CNN and ESPN. Tinker wondered, ‘What is this thing called cable and how is it going to affect our lives?’ He was very curious about that.”

A few years later, when Falco had the chance to do the deal-making that won NBC the Olympics, he jumped at it. Years later, acquiring the Games in multiyear deals is still one of the things Falco is most proud of. “It’s just an incredible enterprise that we created at NBC and I’m happy to say it still exists today,” he says.

Falco and his team tried a lot of things to build the Olympics audience. One of them was partnering with Cablevision to offer a pay-per-view platform with gold, silver and bronze viewing tiers. “We joked that we could have sent all of the subscribers personally to Barcelona and it would have been cheaper,” he says.

Over the years Falco touched almost every part of the company, including helping NBC merge with Universal in 2004 and heading NBC’s business side, including Telemundo, in the early 2000s.

In 2006, Falco left NBC to run AOL, which had been acquired by Time Warner, and then in 2010 became president and CEO of Univision, the country’s biggest Spanish-language media company.

“What I loved about Univision was that while it was the biggest and most influential brand in all of Spanish-language media, it had legs and could do so much more,” he says.

One of the first things he did at Univision was return to his roots and launch a Spanish-language cable sports service, Univision Deportes network, which now leads that market. “It often beats ESPN on an English-language basis. It’s done extraordinarily well for us,” he says.

Falco also saw that he had big opportunities with Univision: the potential among U.S. Hispanics is huge and growing; young Hispanics are digital natives; and there’s a lot of potential for predominantly English-language brands to reach new consumers through Univision.

Falco began acquiring companies to build Univision’s portfolio and expand its reach, including Fusion Media Group, a collection of digital-first brands; The Root, an online culture destination for African-Americans; satirical publication The Onion; and an investment in Robert Rodriguez’ El Rey network. Univision also snatched up Gizmodo Media Group—home of Deadspin, Gawker, Gizmodo and Jezebel—in a fire sale after GMG lost the Hulk Hogan lawsuit and declared Chapter 11. (Gawker was subsequently shut down.)

With all those assets, Univision reaches 92 million monthly unique online visitors. It’s also constantly investing in programming for nets Univision, UniMás and Galavision. This month, the FCC allowed Univision’s programming provider, Mexico’s Televisa, to expand its investment in the company, which will boost its balance sheet before its expected initial public offering.

Looking ahead, Falco and Univision are working with production companies and Netflix to create premium programming that will attract the younger generation of Hispanic Americans.

“We have to recognize that this fastest growing demographic is becoming acculturated in the U.S.,” Falco says. “You can’t think you can attract them with the old tried-and-true programming, such as the novelas that have been so wonderful for so many years. We’re looking for programming and content that’s a little more relevant.