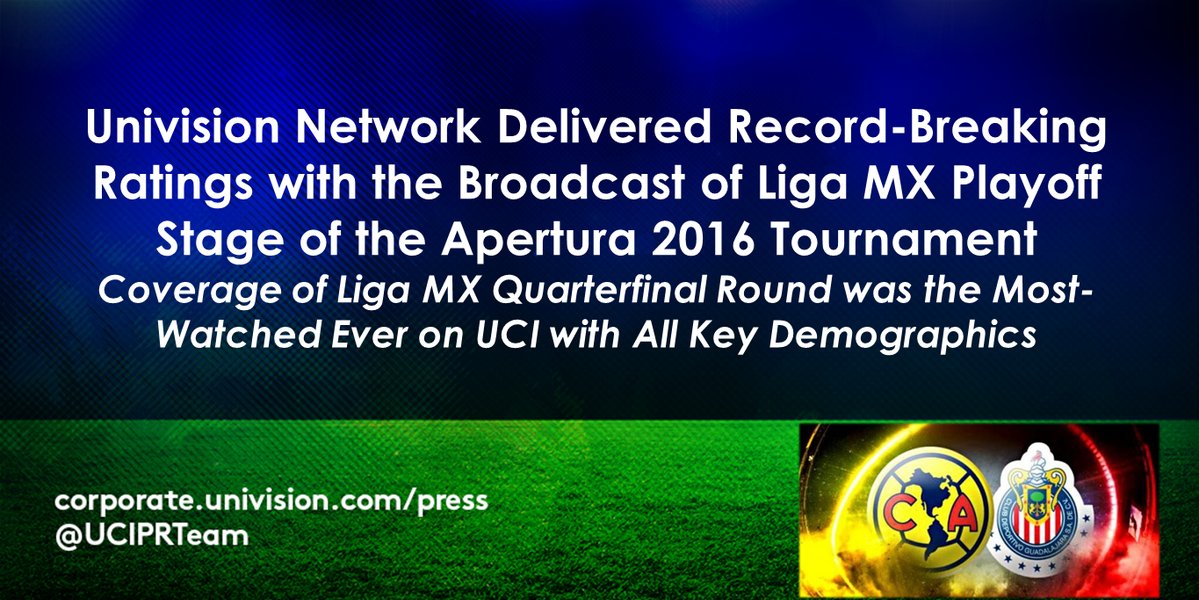 Univision delivered record-breaking ratings this week for their broadcast of the Liga MX playoff stage of the Apertura 2016 tournament.

Coverage of Liga MX playoffs on Univision Deportes made it the No. 2 primetime sports network, regardless of language, last week.

Meanwhile, the viewing number for the MLS game between Toronto FC and Montreal Impact on Wednesday night was watched by 223,000 people on FS1 and 101,000 on FOX Deportes.