MLS TV viewership numbers on Univision increased 1.3% for the entire 2016 regular season compared to 2015, according to research conducted by Sports TV Ratings and World Soccer Talk.

The numbers were helped by one game, in particular, that was shown live across the free-to-air Univision network.

Here are the viewing numbers for the MLS games shown live on Univision during the 2016 MLS season: 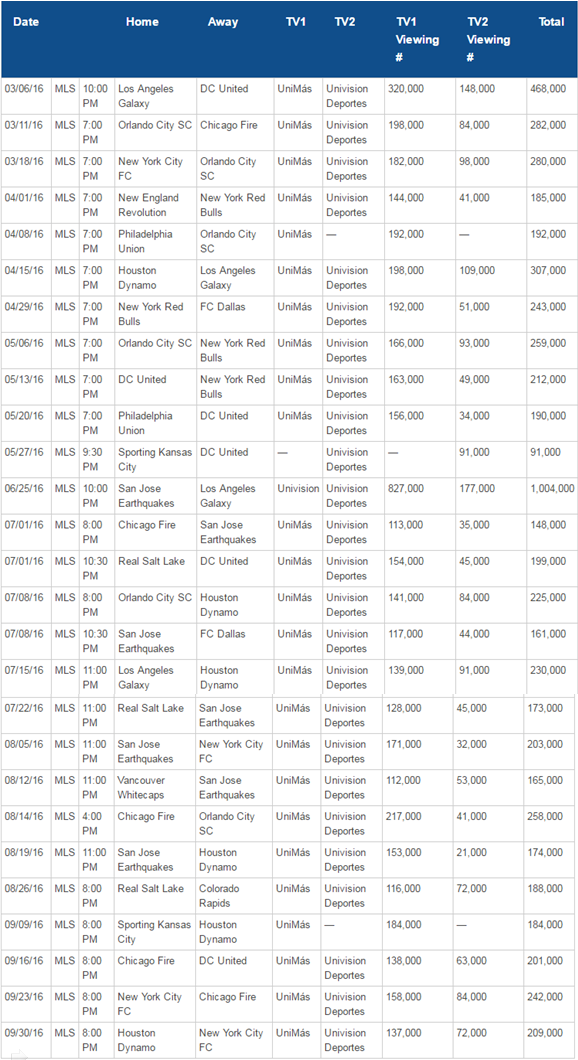