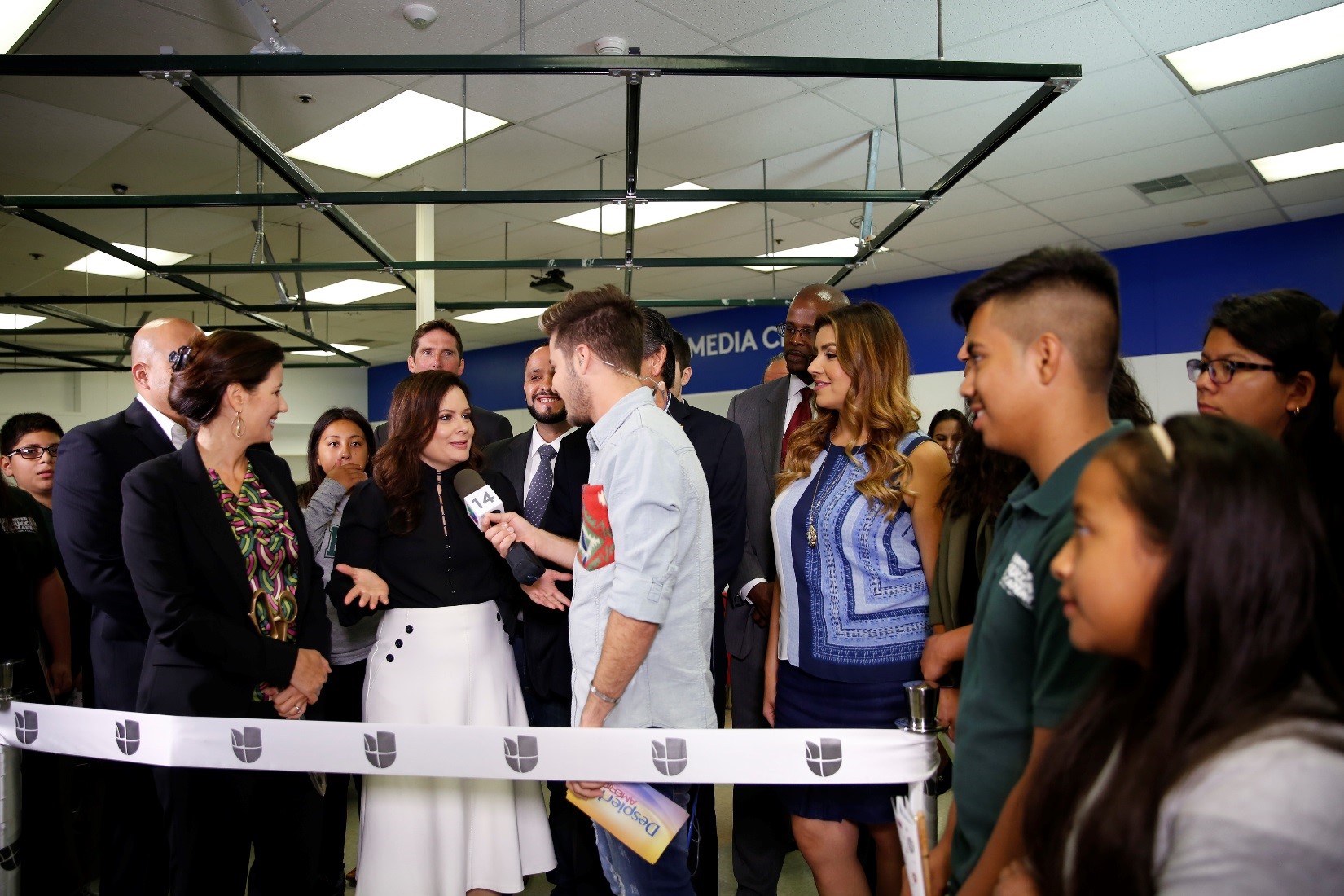 The facilities are designed to spur interest in media careers

Hoping to spark an interest in careers in television among young Latinos, Univision Friday opened five media centers at middle schools around the country. “In media there needs to be more diversity and we can be at the forefront of that,” said Jessica Herrera-Flanigan, Univision’s executive VP of government and corporate affairs.

The facilities, she said, provide kids with the tools and training to understand how a TV newsroom operates. Univision staff including producers and on air talent will train students in using production and editing equipment. The new centers are located in Austin, Texas, as well as Chicago, Miami, Los Angeles and Oakland, Calif. Univision opened a media center at a Bronx, N.Y. middle school in January.