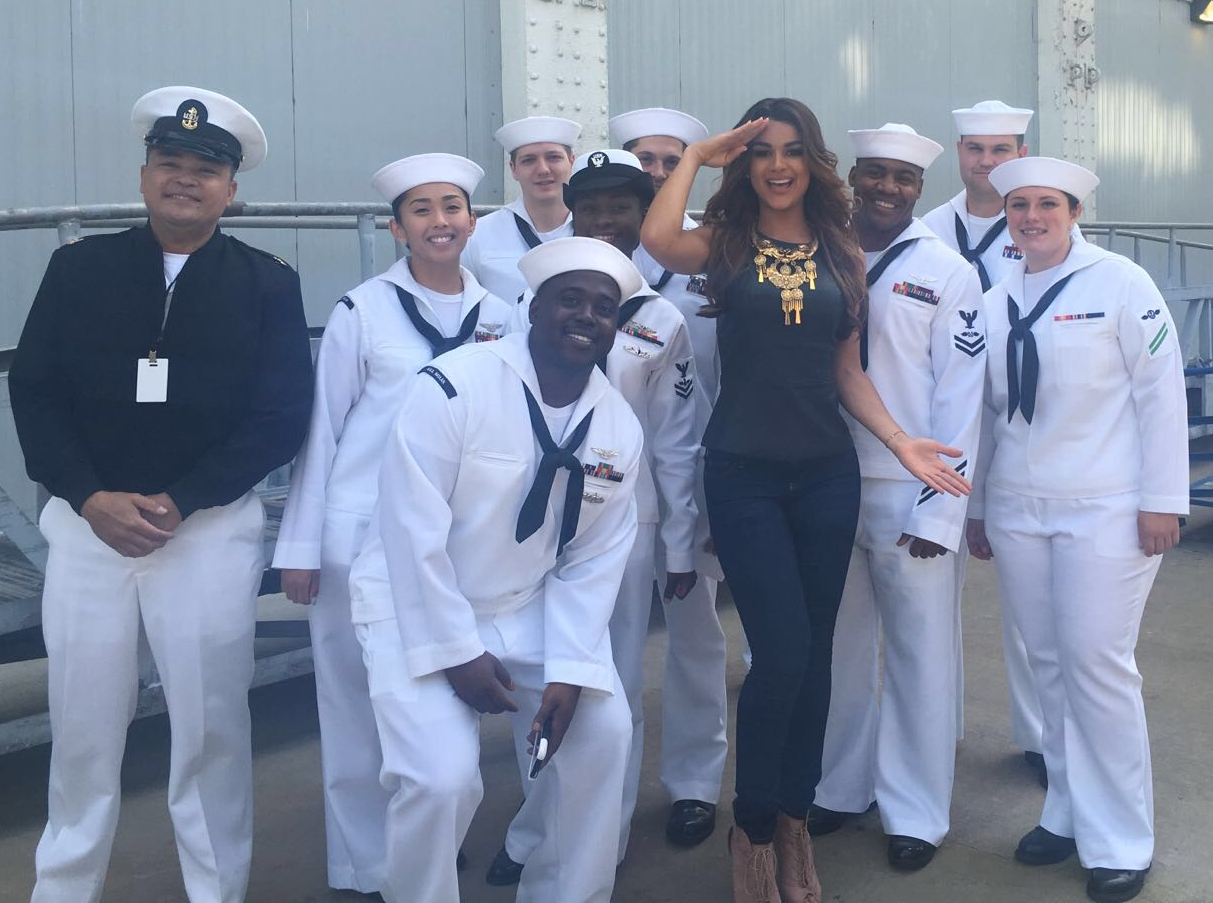 “Univision has been serving our community for more than 60 years, and provides a special connection for families who share the love of our sports, entertainment and news shows. That is why it is important to provide our servicemen and women access to Univision and UniMás programming via Univision NOW—as a way to connect back home, regardless of where they are serving,” said Tonia O’Connor, chief commercial officer and president of Content Distribution, UCI.

Available on iOS, Android and web with a monthly or annual subscription fee, Univision NOW will stream live the historic 100th year anniversary edition of Copa America Centenario, the most highly anticipated sporting event of the year in the Americas, which kicks off on June 3 with a match between the U.S. and Colombia. The tournament will run through June 26.

Originally from the Dominican Republic and representing New York in Univision’s popular reality beauty competition, Molina returned to her home state to greet the marines and film her first segment as an official “El Gordo y La Flaca” (The Scoop and the Skinny) correspondent, where she toured a shipyard and learned more about the duties of U.S. navy servicemen and women. Univision Network’s “Despierta America” (Wake up America) and “Sal y Pimienta” (Salt and Pepper) will also feature a Fleet Week piece with the new “Nuestra Belleza Latina” queen.

Molina was crowned during Sunday’s two-hour “Nuestra Belleza Latina” season 10 finale, which reached 5.1 million Total Viewers 2+ and had the No. 1 most socially engaged prime-time audience across all broadcast networks regardless of language, outperforming the Billboard Music Awards.