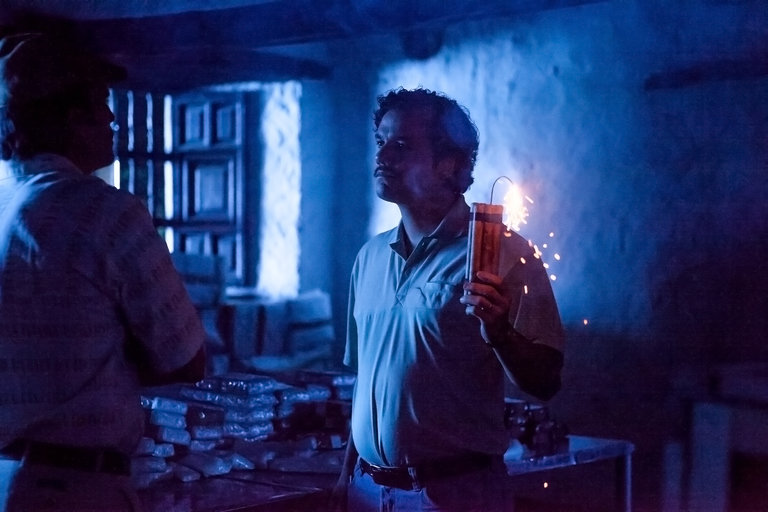 Both series made their debut on Netflix last year, and the Univision networks will broadcast the first seasons of the programs in advance of the second seasons, which will be available exclusively on Netflix later this year. “Narcos” is about Latin American drug kingpins in the late 1980s, and “Club de Cuervos,’’ about a soccer team, is Netflix’s first Spanish-language original series.

Netflix got its start streaming television programs that it acquired from traditional TV networks long before the company started making its own series.

This will be among the few times that a Netflix original series will be shown on a traditional television network after a debut on a streaming service. (Netflix tested a similar model earlier this year, when the first two episodes of its new French drama “Marseilles” were shown on TF1 in France.)

Terms were not disclosed, but one person with knowledge of the deal who spoke on the condition of anonymity said that Univision was paying residuals to performers and that Netflix was not paying anything for the promotion.

That is significant because TV networks typically pay large sums for the rights to distribute programing from other outlets, something Univision will not have to do in this deal. At the same time, it will most likely need to pour millions of dollars into marketing campaigns for the shows, saving Netflix that cost. This relationship shows how both sides are seeking to benefit from the deal and innovate their business models.

For Netflix, the new relationship with Univision is a promotional tool that could help bolster its presence among Hispanics in the United States, a large and relatively undertapped audience. Finding new areas of growth, particularly in its home market, is especially important for Netflix because the company has recently disappointed Wall Street with its lackluster expectations for growth.

“‘Narcos’ is a huge global success on Netflix, and sampling the series to every single Spanish-speaking living room in the U.S. will give additional viewers the opportunity to fall in love with its unique storytelling,” Ted Sarandos, the chief content officer at Netflix, said in a statement. “Promoting these original shows on Univision is a great way to further reach Hispanic audiences and help them discover Netflix.”

For Univision, the deal provides programs that could inject some new life into its TV lineup. That is important for Univision, as its initial public offering of stock has been delayed at a time of broader fears about the future of the TV business.

The announcement coincided with Univision’s upfront presentation in New York, highlighting its evolution from its roots as the Spanish-language broadcaster into a multicultural media company that incorporates traditional broadcast, cable television and digital outlets. Univision spotlighted its fresh programming across four categories, comedy, sports, music and drama.

“‘El Chapo’ is a great example of how Univision continues to innovate and evolve with premium storytelling formats,” Randy Falco, chief executive of Univision Communications, said in a statement.