Galavisión Beats TBS, TNT and ABC Family in Primetime Among Hispanic Adults 18-49 Regardless of Language in June

Galavisión Ranks As the No. 1 Entertainment Cable Network in Primetime Among Hispanic Women 18-49 Regardless of language in June, Besting Lifetime, E! and Bravo

“These results are a testament to our engaging programming,” said Alberto Ciurana, president of Programming, Univision Communications Inc. “Galavisión has consistently been the leader in Spanish-language entertainment cable. Reaching this new milestone against English-language cable nets is important and proves that our viewers are tuning in because we offer the best entertainment content for our audience. We are very pleased with our results with Hispanic adults, Hispanic women, and Hispanic millennials and we will continue to deliver the programs that Hispanics care about most.”

“We know that Hispanic families are seeking laugh-out-loud comedies and powerful socio-dramas they can resonate with,” said Ramsey Elia, vice president of Programming, Galavisión and Cable Networks, Univision Communications Inc. “Galavisión redesigned its programming over the past year and this decision has proven successful with our core Hispanic adult audience and has increased our viewership among Hispanic women, and millennials. The message is clear – Hispanic families are tuning into Galavisión because we are offering the relevant and engaging content that they crave, in any language.” 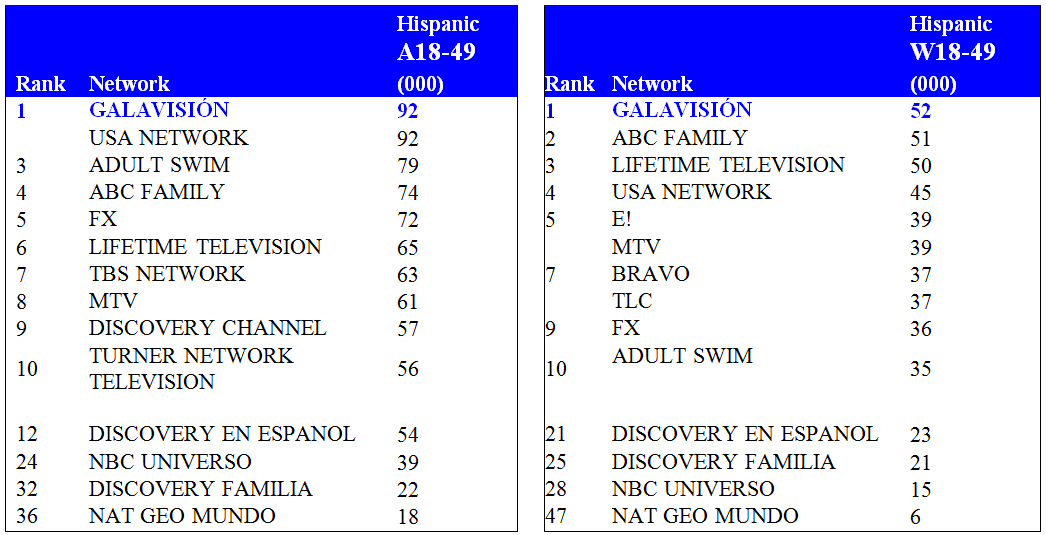 Additionally for the month of June, Galavisión: