Univision’s World Premiere of “Que Te Perdone Dios” Made It the No. 1 Network Ahead of ABC, CBS, NBC and FOX Among A18-34 In The Time Period 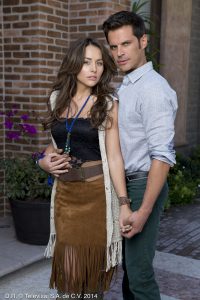 Univision Communications Inc., the leading media company serving Hispanic America, today announced that last night’s one-hour worldwide premiere of “Que Te Perdone Dios” (May God Forgive You) reached nearly 4 million Total Viewers 2+ who tuned in to all or part of the telecast and made Univision the No. 1 broadcast network among Adults 18-34 in the time period. The telenovela aired from 10:00 p.m. to 11:00 p.m. ET on Univision Network and averaged 3 million Total Viewers 2+, 1.6 million Adults 18-49 and 751,000 Adults 18-34.