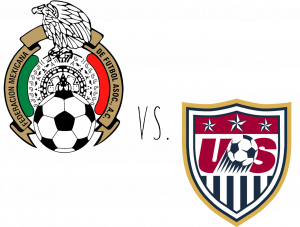 Forget about Red Sox vs. Yankees or Giants vs. Cowboys. The biggest sports rivalry in the hemisphere is not between two teams, but between two nations: Mexico and the United States.

On Saturday, October 10, live from the Rose Bowl in Pasadena, California, Univision Deportes will air one of the biggest Mexico vs. USA men’s national soccer team matches in years – the inaugural CONCACAF Cup.

Why is it important?

The stage is set and the biggest soccer match of the year will air live on Univision and UDN (9:30pm ET kickoff). Match coverage on Univision Deportes studio shows will begin well before Oct. 10, followed by game-day coverage on Futbol Central. This one will be an epic match for the ages that will keep the continent talking for years.