Hispanics currently represent billions of dollars in growth potential for the pharma industry. TechCrunch even predicted that 2015 is the year Hispanics become the most desired healthcare segment in the U.S. There’s the rapid growth of the population, and add to that their trust in healthcare messaging, a high prevalence of chronic illnesses and a lack of healthcare companies reaching out, and you have a substantial market of untapped consumers. Learn more about the Hispanic Rx patient. 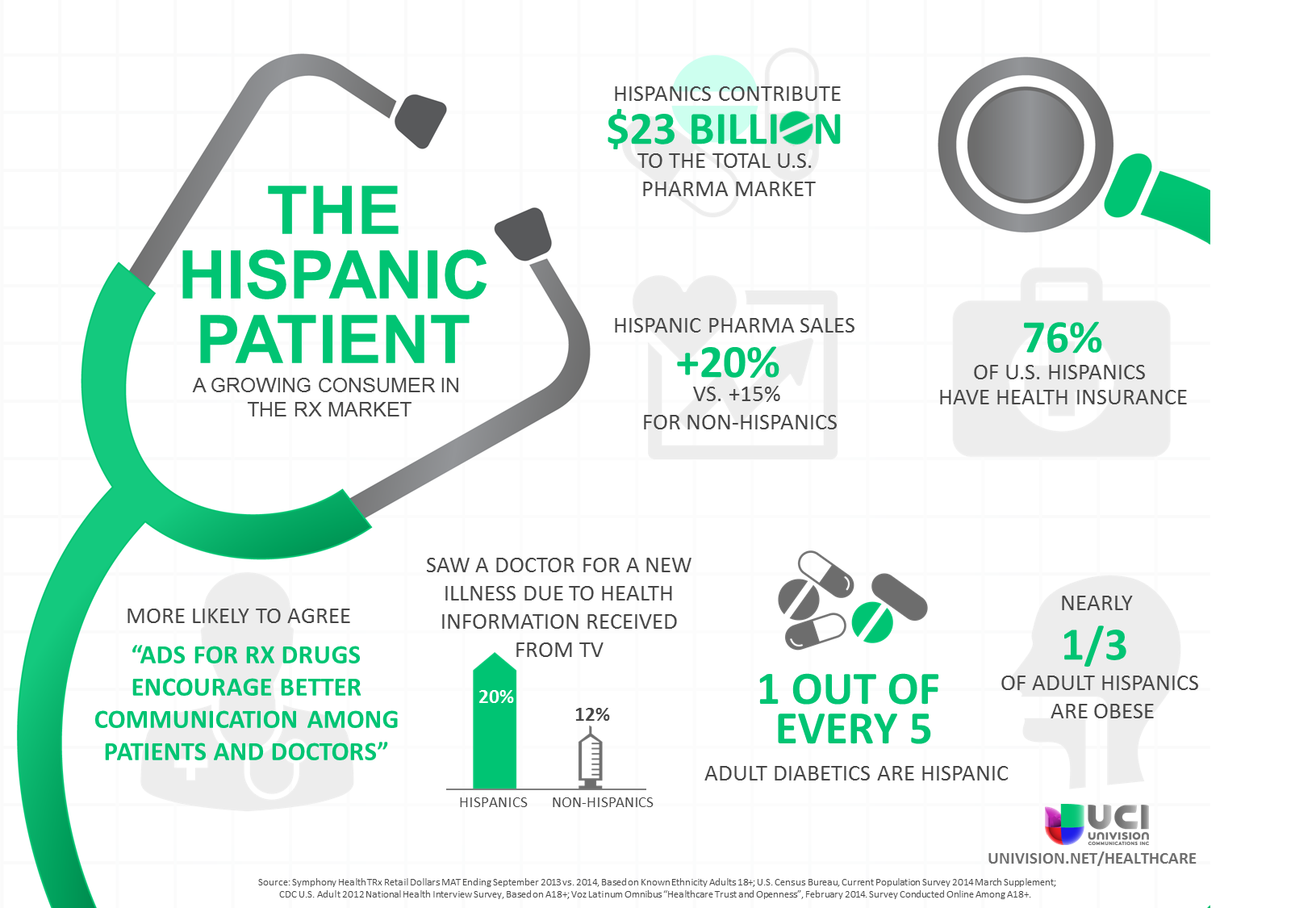