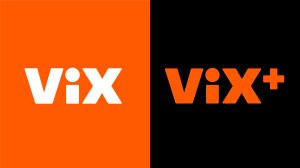 TRAVESURAS DE LA NIÑA MALA | Series
Available December 8
New Episodes Every Thursday
Synopsis: TRAVESURAS DE LA NIÑA MALA tells the epic love story between a nonconformist and adventurous young woman and Ricardo, a man trapped in a predictable routine whom she calls a “good boy.” Thanks to the “bad girl,” he slowly learns to get out of his comfort zone. These two characters’ lives will intertwine over forty years through reunions across Lima, Paris, Madrid, Tokyo, London, and more. The “bad girl” invites us to challenge our life on autopilot, transform ourselves, take more risks to feel alive and seek happiness through excitement. A premise that questions what life is without those exciting moments from the perspective of a character that lives life feeling immortal.
Cast: Macarena Achaga, Juan Pablo Di Pace.
Available territories: USA, Mexico and Latin America

HUEVITOS CONGELADOS | Movie
Available December 14
Synopsis: Toto and his family enjoy the peace that Granjas el Pollón offers them on any given Sunday. But that peace will be interrupted with the arrival in the local town of an underground circus whose main attraction is a baby polar bear. The baby bear, along with some Spanish penguins escape from the circus and arrive at the farm to hide from the pirates, owners of the circus, who are chasing them and will stop at nothing. But Mexico’s weather is not ideal for these animals, and it will be necessary to help them get back home. Toto, Di and their children Uly and Max, who are now cute chicks, accompanied by their inseparable friends: Willy, Confi, Bibi and Tocino, will undertake the incredible adventure of traveling to the South Pole to reunite the bear with his family while facing different situations that will put them in grave danger.
Cast: Bruno Bichir, Maite Perroni, Carlos Espejel, Angélica Vale, Miguel Rodarte, Mauricio Castillo, Arath de la Torre, Vadhir Derbez.
Available territories: USA, Mexico and Latin America

PROMESAS Y MILAGROS | Docuseries
Available December 12
Synopsis: Promises and Miracles is a docuseries exploring the promises made to immaterial beings when a miracle is granted through their intercession. Premieres on the Day of the Virgin of Guadalupe.
Available territories: USA, Mexico and Latin America

LA REBELIÓN | Series
Available November 18
New Episode Every Thursday
Finale December 15
Synopsis: Four apparently happy women decide to leave their homes unexpectedly. No one knows where they are, but it is discovered that they had many motives for their flight. The main one: to rebel against marriages and home lives that did not turn out as they had hoped. But leaving has its risks and the women will be drawn together not only by the journey, but by a murder.
Cast: Araceli Arámbula , Daniela Vega, Ana Serradilla, Adriana Paz.
Available territories: USA., Mexico and Latin America

MUJERES ASESINAS | Series
Available November 4
New Episode Every Friday
Finale December 23
Synopsis: The protagonists of this series have several elements in common. Their lives were neither easy, nor serene, nor happy. They dealt with violent partners, manipulative fathers or mothers, hostile bosses, humiliating situations, stories of revenge. Then, at the last moment, they made the decision to kill. They stabbed, pulled triggers, beat, poisoned. Because, in the end, prison or death was less terrifying than continuing to endure it all.
Cast:Yalitza Aparicio​, Claudia Martín​, Macarena García​, Sara Maldonado, Jedet​, Barbie Casillas​, Catherine Siachoque and Nicole Curiel.
Available territories: USA, Mexico and Latin America

CUANDO SEA JOVEN | Movie
Available December 21
Synopsis: This movie tells the story of Malena, a 70-year-old widow that realizes she has become a burden to her family. Upset and frustrated, Malena begins to miss her life when she was an independent, powerful woman. One day, she looks in the mirror, and by magic, she is 20 years old again, this time fully taking control of her life and future.
Cast: Veronica Castro, Natasha Dupeyron.
Available territories: U.S.A., Mexico and Latin America

RED BULL BATALLA WORLD FINAL 2022 – LIVE EVENT
Live December 10
Synopsis: The best freestylers in the world will battle it out in Mexico for the championship belt. Aczino made history in 2021 becoming the first back-to-back champion. Will he be able to come out on top once again on home turf?
Available territories: USA, Mexico and Latin America 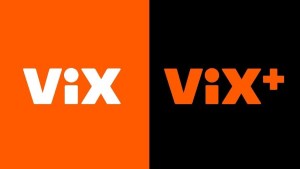